“London, fucking hell”, SHEAFS open as they set out on a mission to destroy London’s Thousand Islands.

Unapologetically cranked up, and ready to carve out their statement in the musical terrain, SHEAFS set the tone with reckless abandon and gritty harmonies. Balancing between deep-seated grand melodic moves and the jagged feel of pure punk fits, the Sheffield outfit knows their way as they slam through their set.

Though it must be said that cold weather and the unbelievable event of snow(!) took its toll on the British spirit in the last week, it didn’t seem to stop neither the band nor fans from putting their best front forward when it came to it. Breaking down every barrier that might exist between a band and the audience, SHEAFS establish early on that they are a force to be reckoned with.

As the seductive drive of ‘Mind Pollution’ blasts through the room, it is once again proven that if one believes hard enough, the mosh pit will always happen. The delicious bass lines and delirious guitar riffs crash together in a sparkly live concoction that seem to infatuate the crowd.

There is something so tender about seeing a band whom still hold such a lust and joy in the craft of music and the gift of performance. As SHEAFS works through their setlist, it becomes increasingly clear that the nature with which they approach their sound is still filled with a youthful realism, a belief, both in their power to right wrongs, but also in the power of music as a means of expression.  “I was born with common sense,” snarls, and the inevitable conclusion is drawn – it’s not music that’s supposed to be pretty. It’s a fierce mean of communication, fearless in its approach.

Whilst the ferocious nature of their show certainly builds for surprises, it also comes with a tangible sense of presence. It’s dark, it’s grimy, it’s even stoically melodic at times, and yet, it’s an undeniably captivating show. As the mic takes the centre of the room, the symbiosis between crowd and band is complete, and past this point, there’s never a clear distinction.  And whilst this is arguably a forceful mean of engagement, it’s effective. 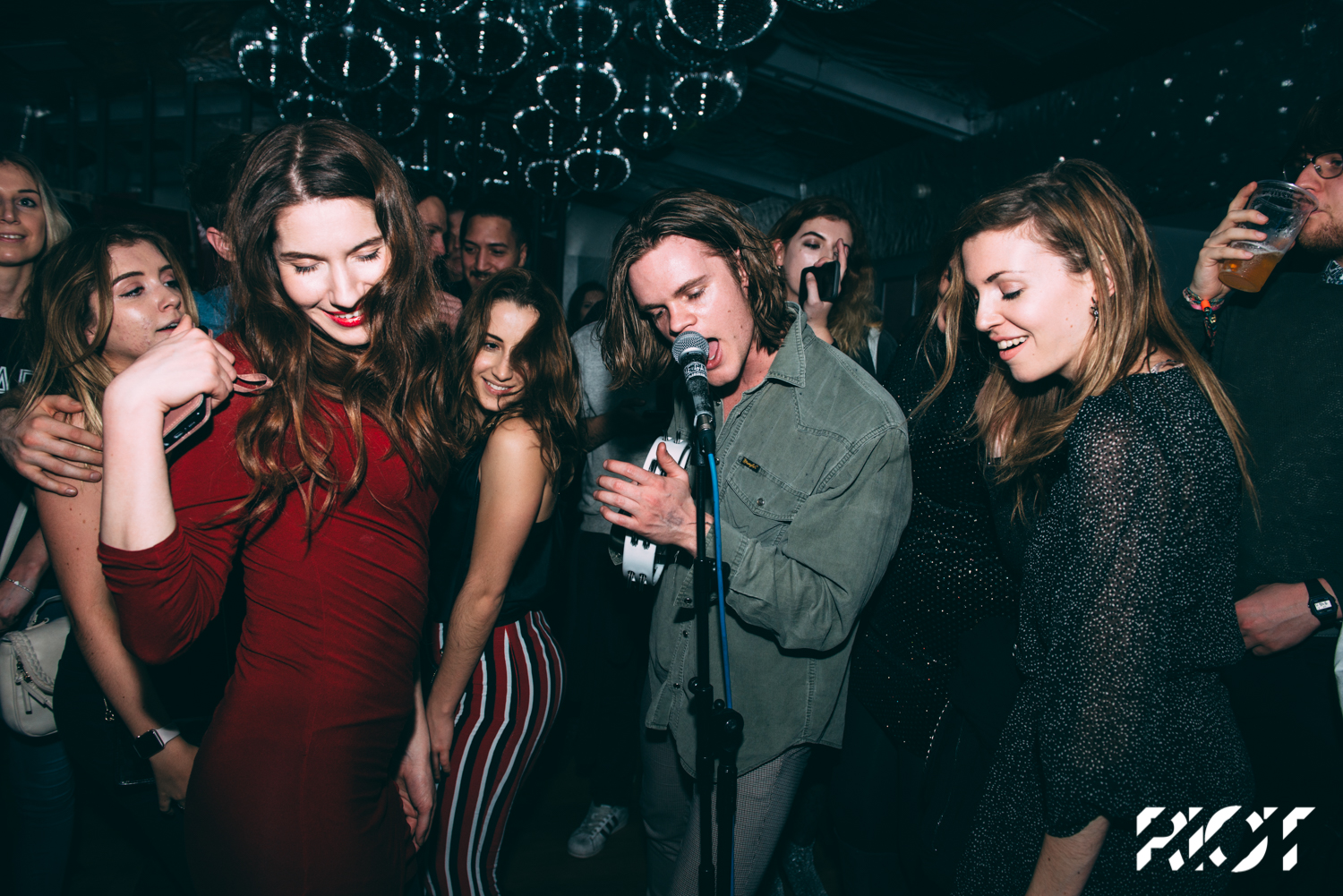 Approaching the end, ‘Shock Machine’ swipes through before the ultimate culmination in ‘This Is Not A Protest’.

The almost intoxicating sonics of SHEAFS seem ever further armed as they take on their beloved chant for the last chorus of the night. With the clarity and savviness of a generation that sees past the superficial lies of the world, both their fans and SHEAFS completely give themselves over to this last all-encompassing thrill of the ironic riot.

SHEAFS are back in London for a one-off free show tonight, April 26th, pick up a pair of tickets over here. 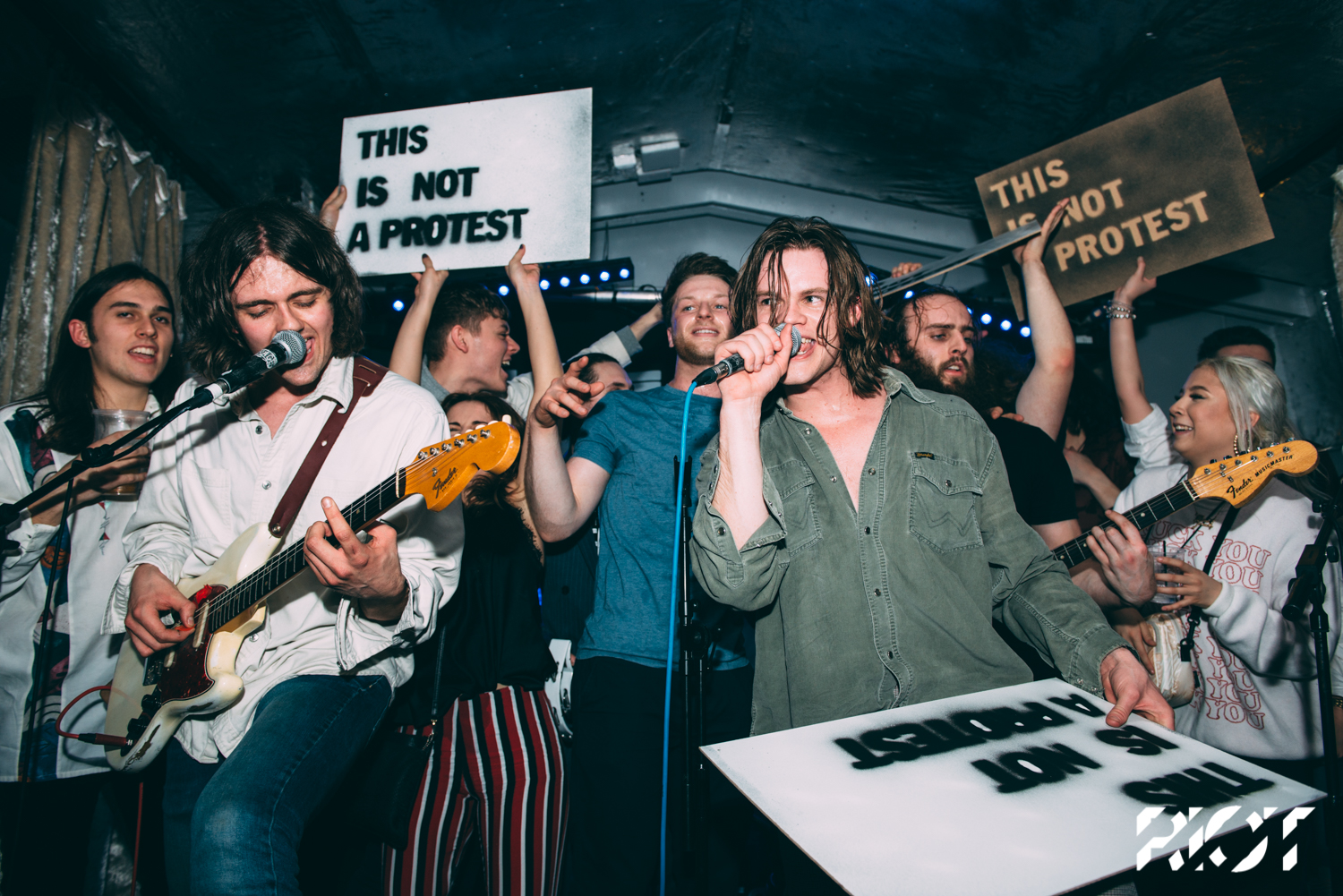 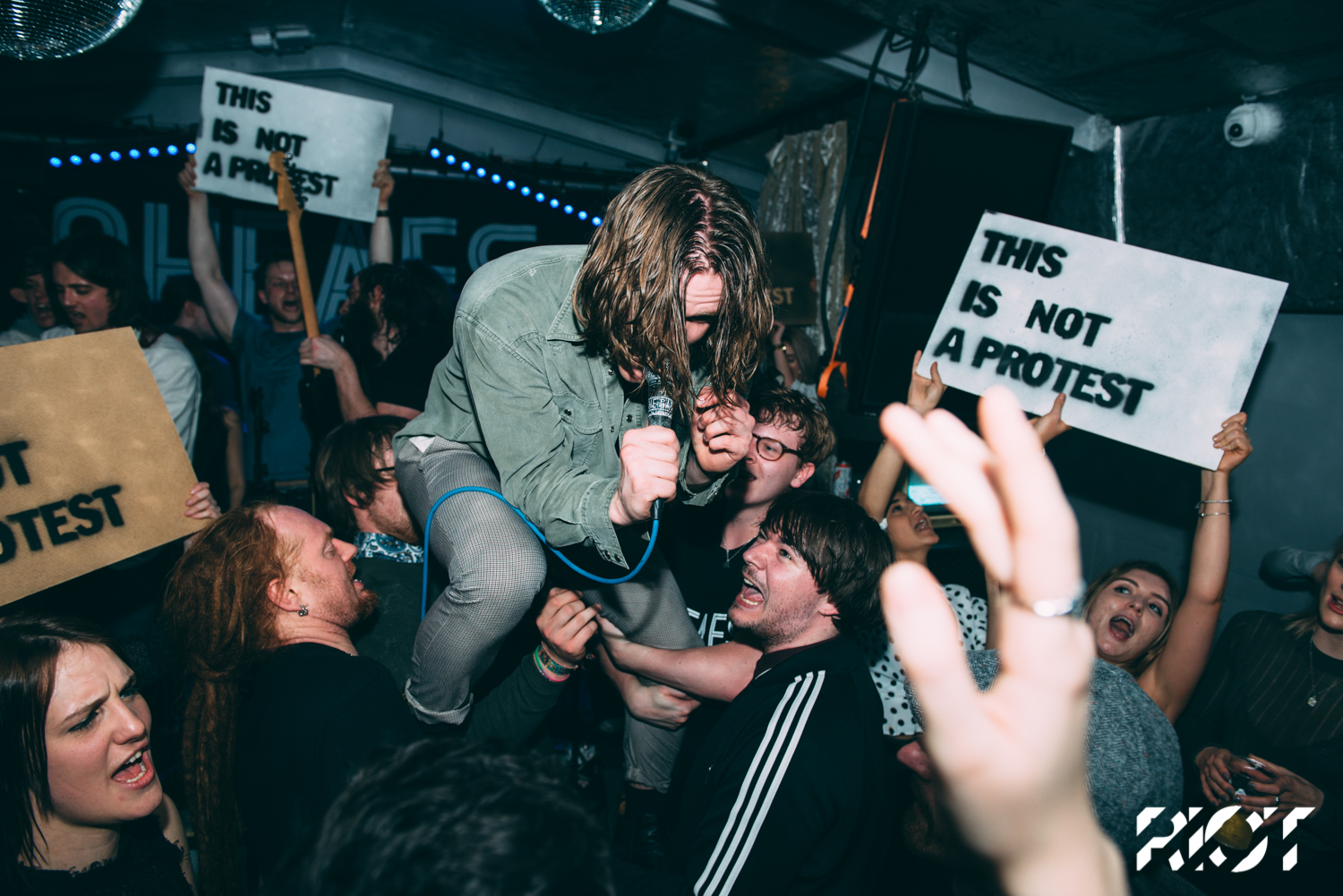 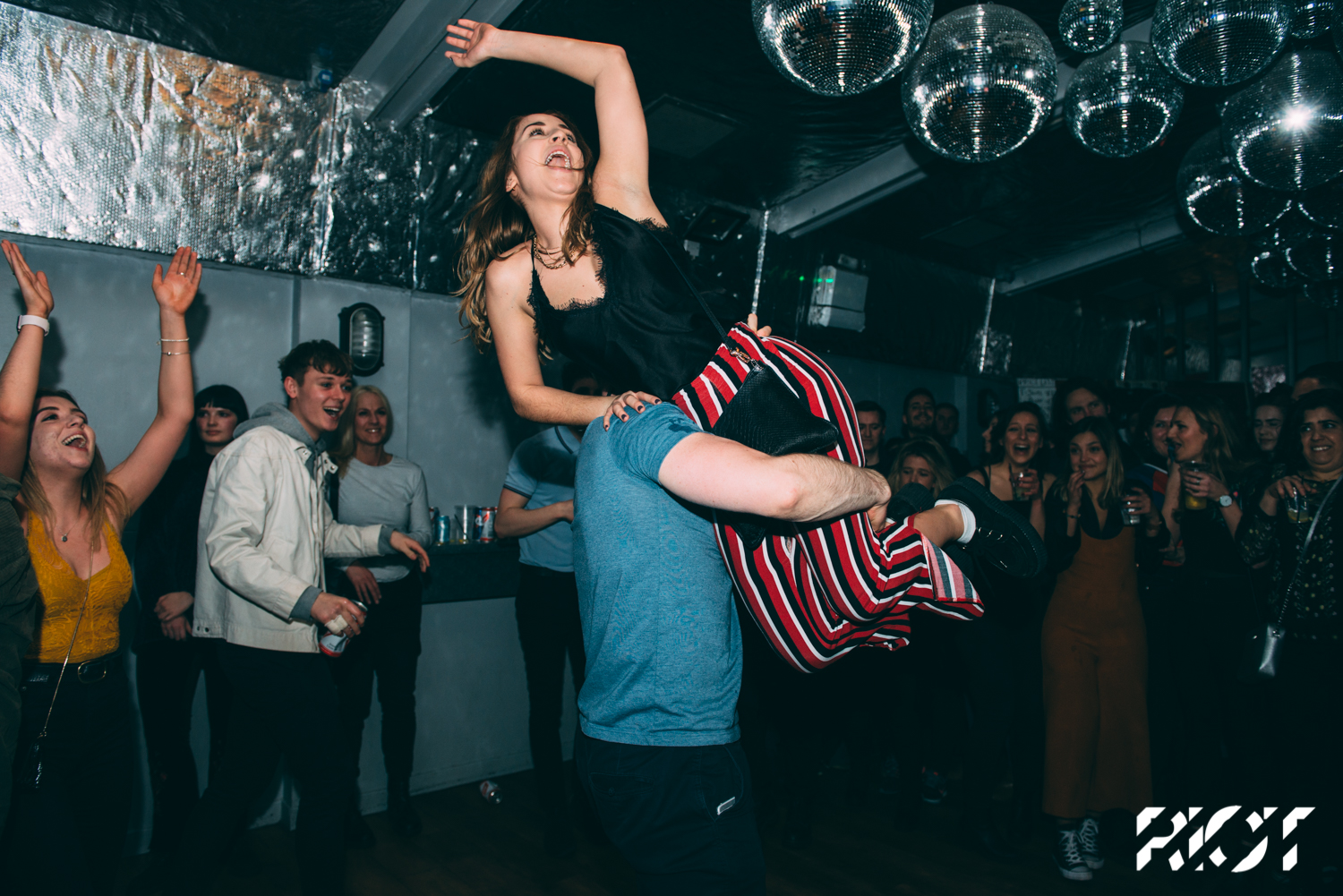