Returning to London just ten months since her gig in March, Amber Bain, better known by her stage name The Japanese House, rocked Electric Brixton during her three-show tour across the U.K.

After indie-pop band Fake Laugh warmed up the crowd, Bain walks through the blue hazy smoke in an oversized suit, a very fitting androgynous look, and greets the crowd with a simple, “Alright, London.” Bain’s words are met with a large cheer from the audience, who welcome the Buckinghamshire-native-turned-East-Londoner back home. 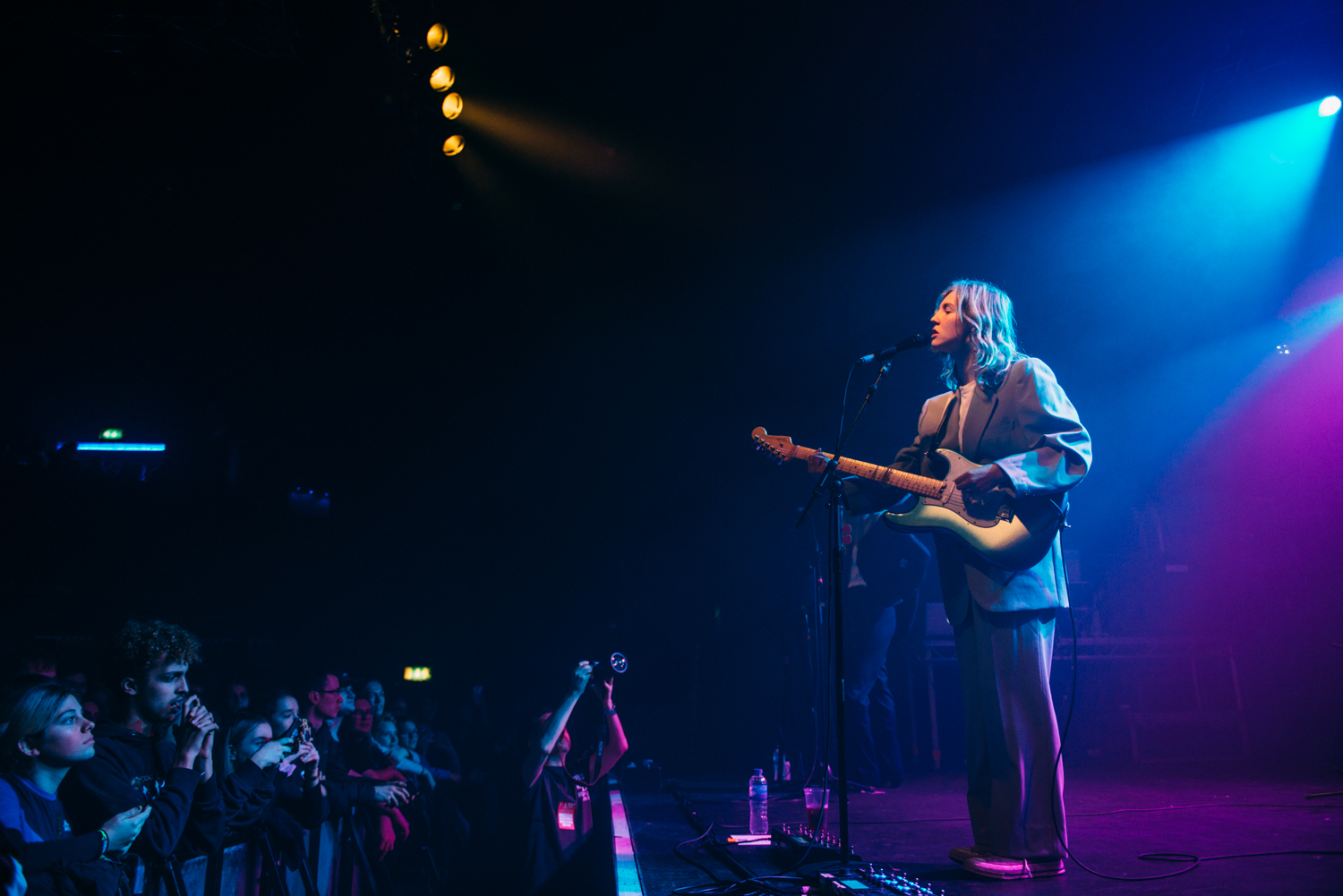 First up is 2016’s single ‘Face Like Thunder.’ It’s a good choice, slowing easing the crowd into the set. Bain quickly captivates the crowd with her dreamy and synthesized vocals and eerie electronica music. The crowd, who were stereotypically indie in nature, wearing small beanies and obscure band tees, sway and sing along before taking a moment to Instagram-live the gig. It’s a given, since a majority of the crowd are Gen Zs and millennials.

The short tour was to promote Bain’s first full-length LP, Good at Falling, which leans into her emotions of heartbreak and loneliness after her breakup with her girlfriend, Marika Hackman. Despite the source material of the album and Bain’s melancholy lyrics, the electro-pop beats in ballads like ‘Saw You in a Dream’ and ‘Maybe You’re The Reason’ keep the crowd grooving. Although it took four years of EPs for Bain to finally release the long-awaited album in March 2019, she told the crowd, “This is the last tour we’re going to do for a while.”

Bain keeps to the microphone as she plays the guitar, but occasionally takes a moment to jump around or interact with her band. She’s come out of her shell since the first time we caught her, opening on The 1975’s tour in 2016. She’s more confident now, using her guitar as a vessel for music rather than an instrument to hide behind. 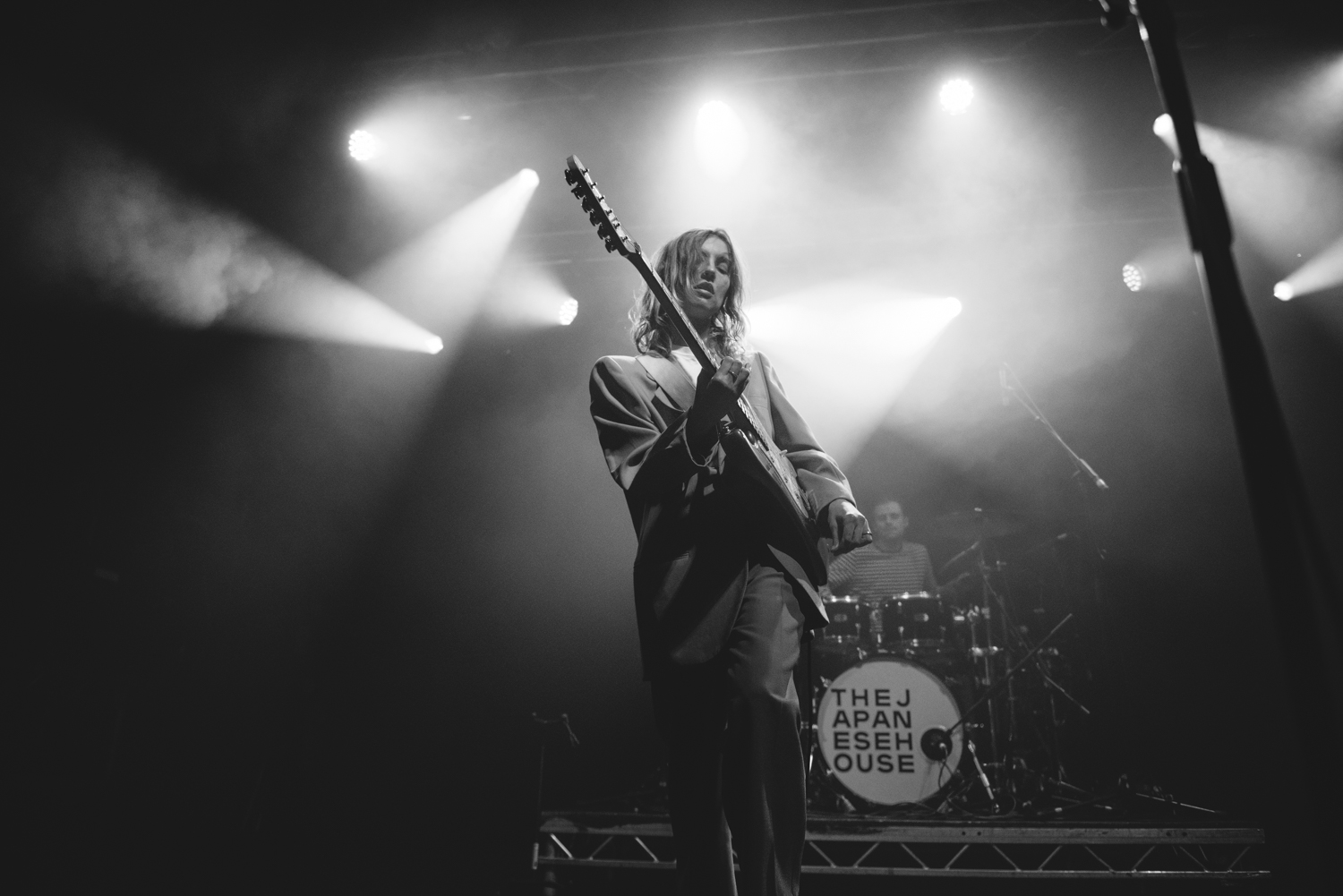 When Bain first started releasing music, she was a mystery. Bain never showed her face, and fans even thought was a side project of The 1975 because a few members co-produced her EPs. But since first releasing 2015’s ‘Pools To Bathe In’ and ‘Clean,’ Bain has slowly come into her own. Despite being compared to The 1975 or The xx, her music is undefinable, which is why it’s so unique.

Although Bain doesn’t quite command the stage in the way a rock star like Mick Jagger would, she is mesmerizing to watch and her live shows are a treat. The striped-back, harmonized version of ‘Saw You In a Dream’ is chilling, and the rawness of ‘Lilo’ is heartbreaking in a live setting. 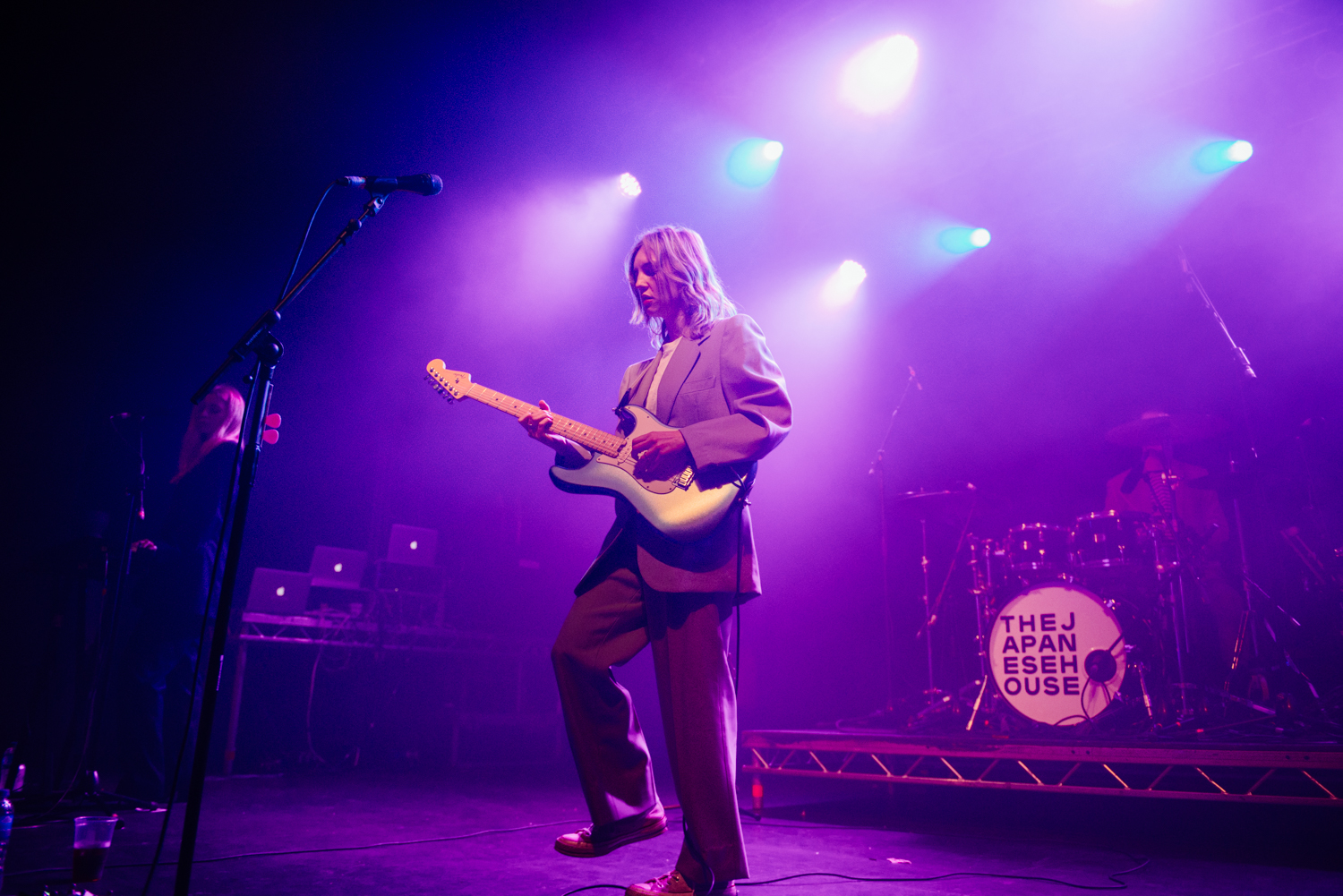 “We love you Amber!” fans shout and give the musician a pride flag. Bain hangs it proudly over the bass drum for the final two songs of the set. Bain’s interactions with the crowd were minimal, with a few “thank you’s” or announcing the next song in the set, but her shyness was endearing.

Bain finishes the set with one of her lighter songs, ‘Something Has to Change.’ She’s energized, giving it all to the crowd before she exits the stage. The crowd pleads for more, and Bain obliges, performing ‘Clean’ as a one-song encore.

The set was strong, with fans gushing as they left the venue. Although Bain said she’s not touring for a bit, we can only hope she plays a few more shows in 2020.

The epitome of a pandemic baby, Bella Latham signed to Polydor over...