After playing a stripped back, acoustic set on the Eurostar on the way to the festival, Therapie TAXI had to wait until three o’clock the next day for their performance on the third stage to finally begin.

During said acoustic gig, guitarist/singer Raph and front woman Adé used a melodica that could have been stolen from a child’s bedroom to provide the requisite sampling for some songs, while spending a lot of the set explaining to the mostly Frech-ignorant press what each song was about. The result was a charming performance, with folk-tinged guitar parts underlying the two singers’ voices, and in particular Adé’s delicate, velvety harmony.  But, as became evident at three the next afternoon, it didn’t quite tell the whole story. 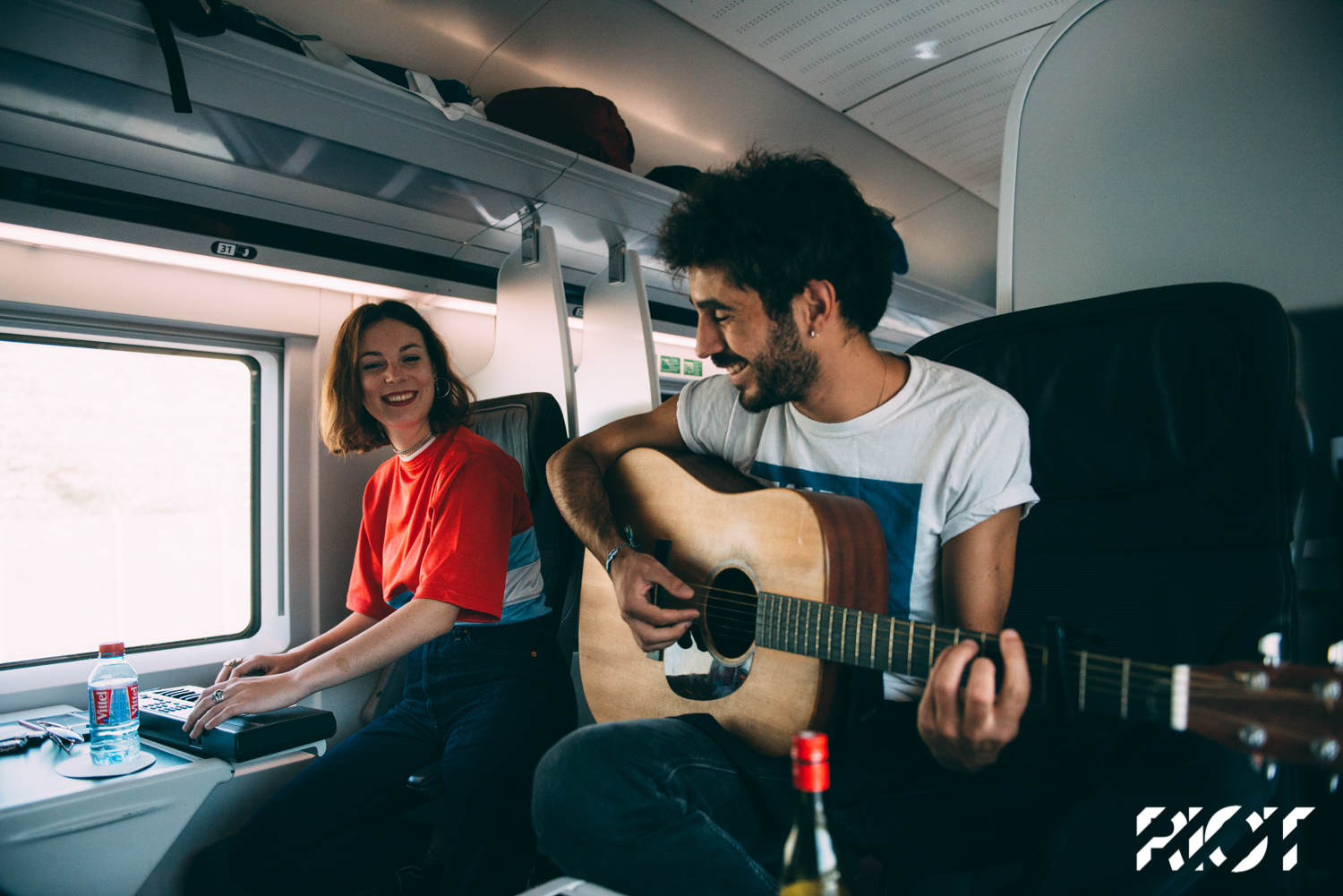 In actuality, the folk influences of this band who Adé claimed to me later that day had started out as a duo playing entirely folk music are hidden further under the surface than one might have guessed having seen the earlier performance first. Now sporting a drummer and a second, electric guitar, Therapie Taxi lit up their stage, and the crowd gathered to hear them. In between the Amazonian, avian cries during one tune, and Raph pouring drinks for the fervently grateful masses with outstretched arms and expectant cups during another, they wowed with the electro stylings of their expanded set.

‘Jean Paul’, as Raph explained on the train, is about a ‘very ugly man with a lot of charm’, and charming is how it came across the next day, with bubblegum synths, sampled giggles and cries of the title character’s name and minimalistic guitar riffs carving out an endearing tune. Meanwhile, the lyrics to ‘Pigalle’ were not disclosed to the press gathered on the train because they were too ‘vulgar’. The crowd didn’t see my of mind the next day, however, and by the time the closing harmonica solo rolled around, they were positively enthralled.

Yet to release a debut album, but with their debut EP online, Therapie Taxi proved themselves to be worthy of their place onstage many times over. One can’t help but be excited about their future prospects after watching a performance like that.

Two years ago, in the midst of a global pandemic, the internet...

Most artists will tell you that the album retrospective show can be...