If the UltraLounge’s location in the basement of Selfridges department store in London illustrates anything to a visitor, it is this; live music is in a transitional age. In a world where concerts were once a promotional tool to boost album sales, they are now an artist’s primary income whilst their records are shared for free on streaming sites. Somewhat paradoxically, music venues are struggling more than ever to remain in business, with rent prices increasing nationwide and a proposed rise in commercial property taxes putting more and more financial pressure on independent gig spots.

As I stand on an escalator, descending into the cookware section on floor –1 of Selfridges, I am overcome with an unignorable feeling that this transitional time in live music is far from complete. Located in the middle of the store’s basement floor- between brightly lit cabinets of necklaces and rings- stands a black door, with a hostess, guest list and an illuminated sign that reads ‘UltraLounge’.

Once inside, it is clear that there has been no expense spared in the assembly of the venue; the cubic stage that sits in the centre of the dark room allows spectators to freely stand around the performance area, viewing acts from a 360-degree stage. 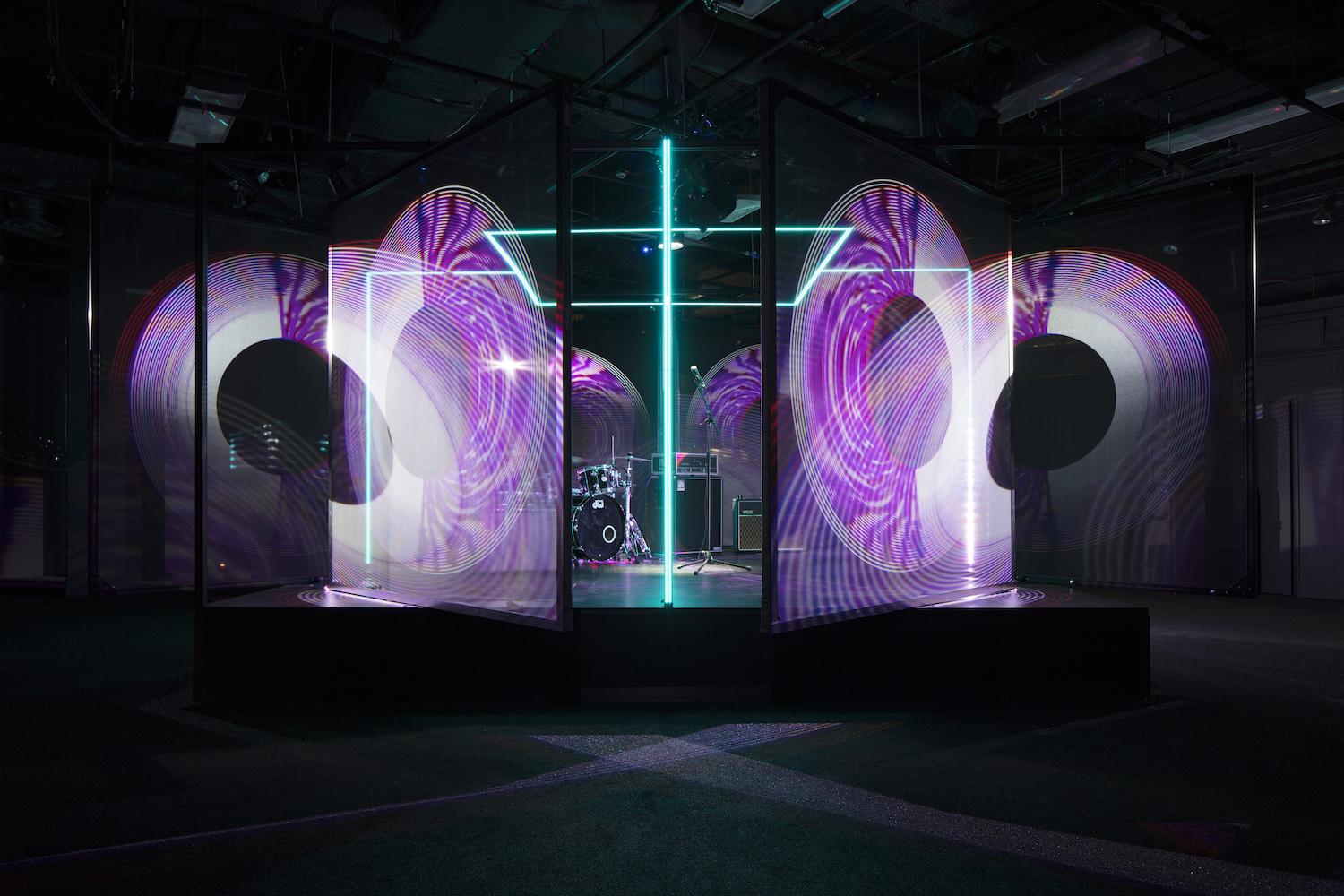 Visual audio designers TEM have also adorned the stage with a series of projectors, screens and lights, to sell a multidimensional experience to the intimate maximum capacity of 120. This setup, with another notable corporate sponsor in the form of speaker company Sennheiser, complimented the music of headline act Tom Walker, with the singer-songwriter amalgamating atmospheric synth pads and chorus’ that borrow characteristics from rock and R&B.

The headline act, supported by a two piece band on percussion & bass, performed an energetic and varied set, intercutting his tracks with charming declarations of appreciation in his Mancunian accent. Tom Walker’s recent affiliation with Sony Records only accentuated the feeling that this was an evening of promotion; mega brands coming together to stage a contrived- albeit a visually impressive- publicity stunt.

Aside from the illuminated stage in the nucleus of the room, an illuminated Smirnoff bar sign acted as the only beacon of light in the Ultra Lounge, offering an array of Smirnoff Cocktails. The bar was slick, efficient and offered great drinks, entirely faultless in the eyes of anyone that was not exhausted by the brand-endorsed evening at this point.

Towards the end of his well-curated, well-performed & well-received set, Tom Walker paid his respects to the organisers of the evening;  “Shoutout to Selfridges for having us and shout out to ‘Music Matters’… Music bridges the gap!”

It is when reviewing the store’s ‘Music Matters’ campaign that one really does wonder if music has bridged any gaps tonight.  As I stand in the basement of the capitalist cathedral that is Selfridges and sip on my complimentary Smirnoff cocktail, I feel the sense that whatever ‘gaps’ are meant to be bridged, it is not the gap in economy that separates independent music venues from the large corporate spaces.

Nor is it the gap between major label acts with heavy financial backing and those struggling on the edge of the grassroots scene.These gaps, in fact, appear to be more cavernous than ever before. As a live music fan, I sincerely hope that these corporate partnerships can re-channel their attention to pre-existing, historic venues that need the financial backing, before starting new ventures.

The optimist in me cannot deny that this event was planned with the best of intentions, after all; the music was great, the technical setup was mesmerizing and- as a Black Mirror-esque concept, the evening was nothing if not food for thought.  However, as I depart the concert and walk through the empty corridors of Selfridges’ cookware section, it is impossible to overlook the plasticity and sheer Tory-ness of what I had just witnessed.

The night was far from unenjoyable, and corporate partnership could grow to be a pivotal component of modern gig culture. But it will have to be far less clumsily executed before the concept with truly win the hearts of the average punter.

English Teacher are a young band on the up and up, they’re...

It may or may not have escaped your notice, but there is...