In early 2020, Fontaines D.C sold out the O2 Academy Brixton, playing their acclaimed debut Dogrel and new tracks from their upcoming sophomore record A Hero’s Death in front of thousands of fervent acolytes. Just under a year later, with their second LP released (once again to critical acclaim), the Dubliner’ have returned to Brixton in an exceedingly different set of circumstances.

In lieu of a physical audience, a combination of still and tracking cameras followed the band’s every move, even offering those confined to their homes the novel option of virtual reality, with one digital pan of the venue revealing a dark cavernous space where throngs of fans would have stood.

The five-piece are renowned for ferociously intense live performances, and, in a typically minimal manner sped through their early songs. The music came at you hard and fast and kept on coming at a noise that was distinctive, immeasurably potent, and totally absorbing.

In an hour, the heady Joycean anthems of Dogrel were fused vividly with the darker and more atmospheric sonics of A Hero’s Death to images of album artwork, visuals from music videos and occasionally psychedelic illustrations. 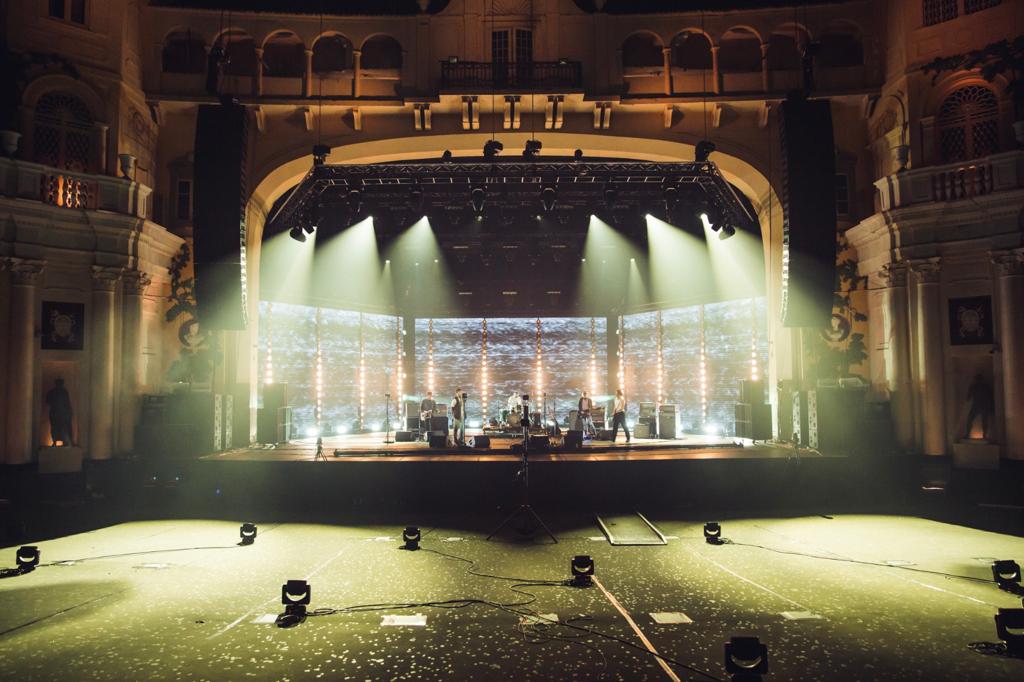 The result was an at times ferociously intense and at others stirring performance. Even through a computer screen the charisma and intensity of frontman Grian Chatten was on show as he punched the air and paced about the stage; albeit slightly restrained in the absence of crowd give and take.

The dreamier and more atmospheric sonics of the tracks performed from A Hero’s Death added depth to Chatten’s stage personality. Drawling forlornly with his hands planted by his side, he adds potency to the ambiguity of the LP’s themes through deadpan expressions, often fixing his eyes towards the ceiling.

Behind Chatten, guitarists Conor Curley and Carlos O’Connor, bassist Conor Deegan III and drummer Tom Coll were flawless throughout, adapting to the contrasting moods of the music, bringing the landscapes of Chatten’s poetry and opaque sloganeering to life in cacophonies of sound and in delicate melancholy.

If last night’s livestream proved just one thing, it’s that when we’re finally out of this mess, Fontaines D.C are ones to go and see.

Despite some moments of promise and plenty of endeavor, Community Spirit leaves...

It’s not every day you witness the fusion of coming of age...