On recent debut album, EW, Robbie and Mona have harnessed some of Pet Shimmers’ undulating, oscillating energy – now infused with a more potent air of romanticism. Charmingly intimate songs which float upon jazz chords are often kicked into a schism with jarring electronics and modulations; creating a cocktail with both irresistible tenderness and wild unpredictability.

The duo (real names William & Eleanor) signed to Bristol start-up label Spinny Nights, in what has appeared thus far to be a marriage made in heaven. The promotions-company-cum-label is a pivotal figure in Bristol’s burgeoning music scene, with shows lined up for the likes of Lynks Afrikka, Famous, PVA & Drug Store Romeos.

As R&M occupy the stage at Hackney’s MOTH Club, their performance captures the sentiment of their recordings perfectly. a set that creates a mellow jazz-club aura, adorned with light-handed forays into avant-garde electronic detours.

Much of EW was recorded in The Louisiana, where you have frequented as performers and punters, did that add a sense of sentimentality to the recording process?

Robbie: Absolutely. The first time we ever met was on the stage at The Louisiana.
Mona: I was stood on the stage.
Robbie: Yeah, and I waltz in to the live room to practise (with Pet Shimmers) and that’s the first time we saw each other. A lot of the second album has been recorded in in the live room, rather than in the cellar where our studio is, so I feel like we can hear the ambience of the room where we first met in the new tracks.

You’ve said previously that many of these initial Robbie & Mona tracks were conceived whilst you were trying to impress one another early in your relationship. How will your second album reflect your more seasoned relationship?

R: [Laughs] I think it still stands.
M: It does. But also I feel more safe now, to be adventurous with our ideas.
R: Yeah, as we’ve gotten more comfortable with each other, we can push each other forward in a different way. 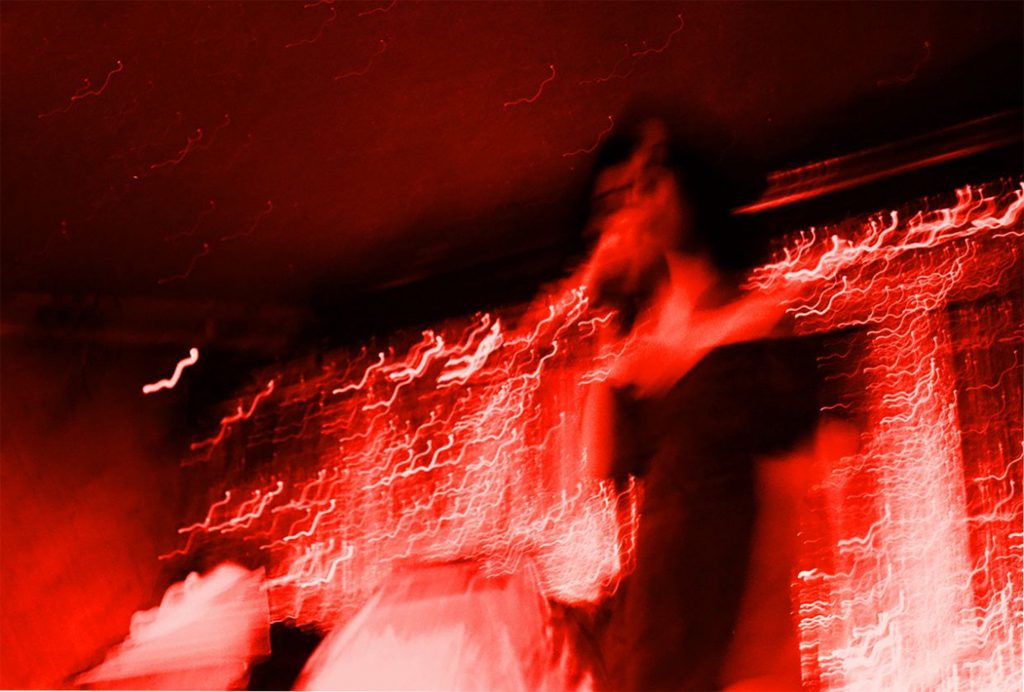 How was the transition from being part of a 7-piece outfit, to a duo?

M: I think it was a freedom, and I know the others in Pet Shimmers would completely understand that; vocally it’s so free because you aren’t competing with a wall of sound. When Will writes the music, he’s doing it with my vocals in mind

Is the Robbie & Mona sound representative of what you bring to Pet Shimmers? Or do you use this project as conduit to flex different creative muscles?

R: We definitely wanted the first Robbie & Mona album to sound very simplistic, Pet Shimmers is more excess-driven. I wanted songs like ‘Wallpaper‘ to have the bare minimum of drums, melody line and just a bass.

How did your relationship with Spinny Nights come about?

R: Spinny Nights asked us top play a gig with Norman, just before Norman split up. Me and Ellie both love what Spinny Nights do, so we were like “maybe we should send them the album,” and they were into it.
M: Working with a small label has been perfect, and we are both growing together.

The visuals for ‘Slow Club LUV’ came out recently. You’ve said that you take more inspiration from films than you do from other musicians, does this imply that each of your tracks exist in a visual capacity from your point of view, as well as an audible one?

M: I think so, yeah. For me, it’s more to do with characters than necessarily a visual narrative. Like in a film: it’s the character development as well as the visual aspect that makes each song.
R: For me, it’s more of a mood thing; the composition and grading of a shot, how it feels, brighter or darker. Every track has a kind of colour palette.