It was the eighth year that the festival has taken place there, having moved from Platt Fields Park in south Manchester in 2013. Most of the city’s student population seemed to have secured tickets, and they flocked to Heaton Park, flooding through the gates in their fluorescent body suits and bucket hats. Throughout the weekend, the atmosphere was one of reckless hedonism, everyone making the most of the chance to have a 48-hour-long rave. For the revellers, this was the final party of the summer, and they were determined to get every last drop out of it.

Saturday was sunny and the crowds were full of energy as they waited for Celeste’s set, which came during golden hour and provided 45 minutes of much needed calm to offset the intensity of much of the festival. Walking shyly onstage dressed head to toe in crochet, everything about Celeste was serene. She was surrounded by a full band who were excellent in their own right, but Celeste held her own, her husky voice quickly bringing the crowd to hushed silence. She performed songs from her mesmerising debut album Not Your Muse, released earlier this year. Tracks such as ‘Tonight Tonight’ and ‘Tell Me Something I Don’t Know’ enveloped the crowd in warm swelling brass and Celeste’s powerhouse vocals, but the most magical moments came during her slower songs. She performed the haunting ‘Strange’ at the end of the set and everyone sang along to its heart-breaking lyrics (“From strangers to friends, friends into lovers, and strangers again…”). Celeste appeared quietly overwhelmed by the response. 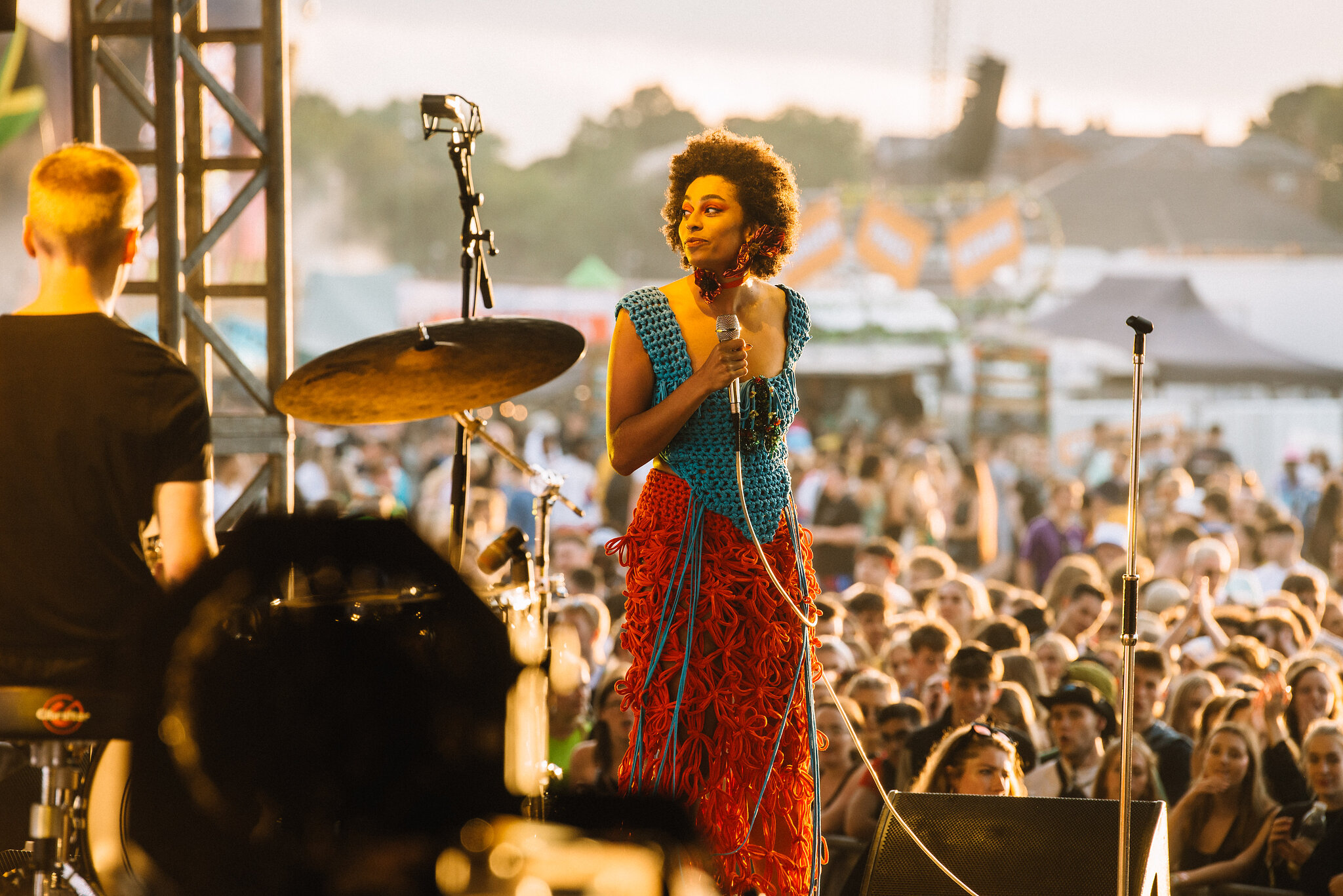 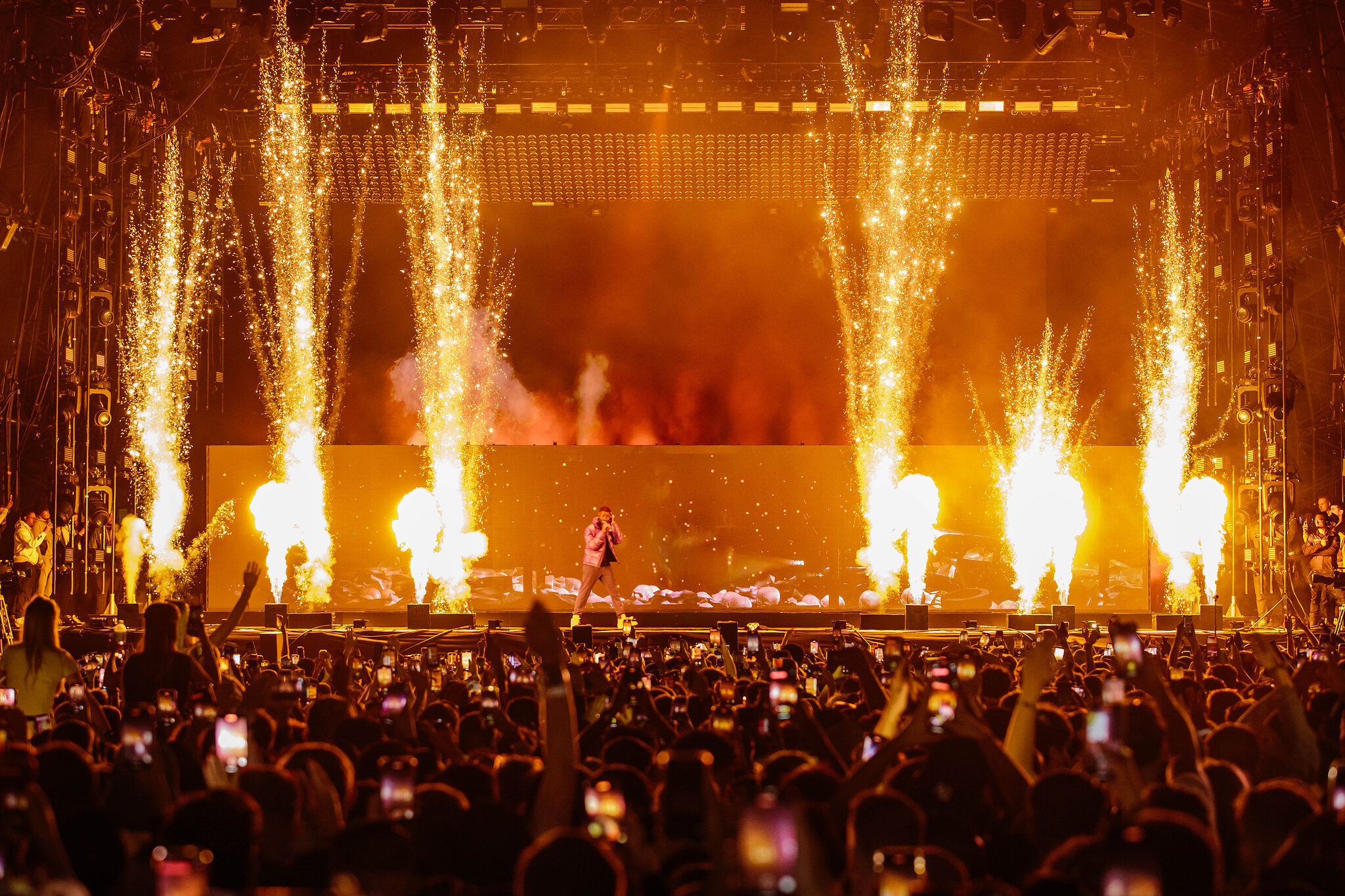 Saturday’s headliner on the Parklife Stage was the formidable Dave, who, at the tender age of 23, is one of the brightest stars in British rap. Playing a selection of songs that took the crowd on a journey from his early days – through his Mercury award-winning debut album Psychodrama, and finally to his most recent release We’re All Alone In This Together – Dave soaked up the chance to headline such a huge festival. He showcased the different sides to both his music and personality, transitioning from intense, fast-paced grime to soulful piano ballads and changing outfits accordingly throughout. There was a slight hitch during the much-anticipated Thiago Silva. Anyone familiar with Dave (or perhaps just with the video of Alex from Glastonbury) will know that the singer typically invites an audience member onstage to perform the track with him. This time, however, Dave spotted a boy rapping all the lyrics and brought him up, only for it to be revealed that the same boy had been picked at a show two years ago. After some slight awkwardness, he was allowed to stay, but only because he was a Mancunian. Oops. 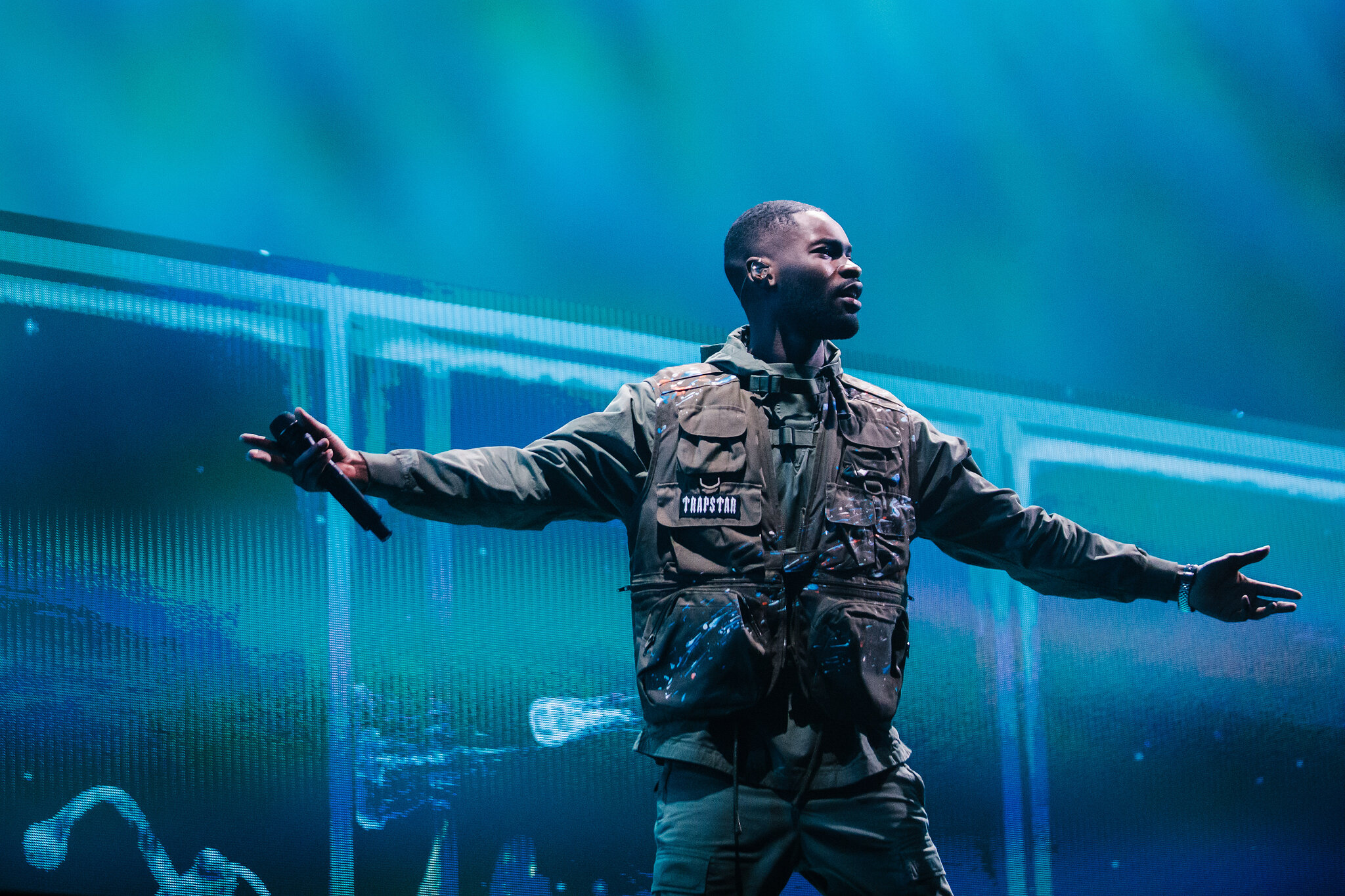 On Sunday, the heavens decided to open, and the second day of Parklife took on a dirtier, grimier feeling. Little Simz didn’t let the weather phase her, taking to the Valley Stage to perform songs off her latest album, the game-changing Sometimes I Might Be Introvert. She opened with ‘Introvert’, spitting out the words with lighting-quick speed and unflinching purpose. “I’m a black woman, and I’m a proud one!” She shouted, and the crowd cheered in support. ‘Venom’ saw mosh pits forming, as even those who didn’t know Simz’s music recognised the song from TikTok. The rapper ended on ‘Selfish’ from her previous album Grey Area and ‘Woman’ — arguably one of the strongest songs from Sometimes I Might Be Introvert. Her energy brought sunshine to the dreary afternoon, spreading around the crowd and empowering everyone there. It was, without doubt, one of the standout sets of the festival. 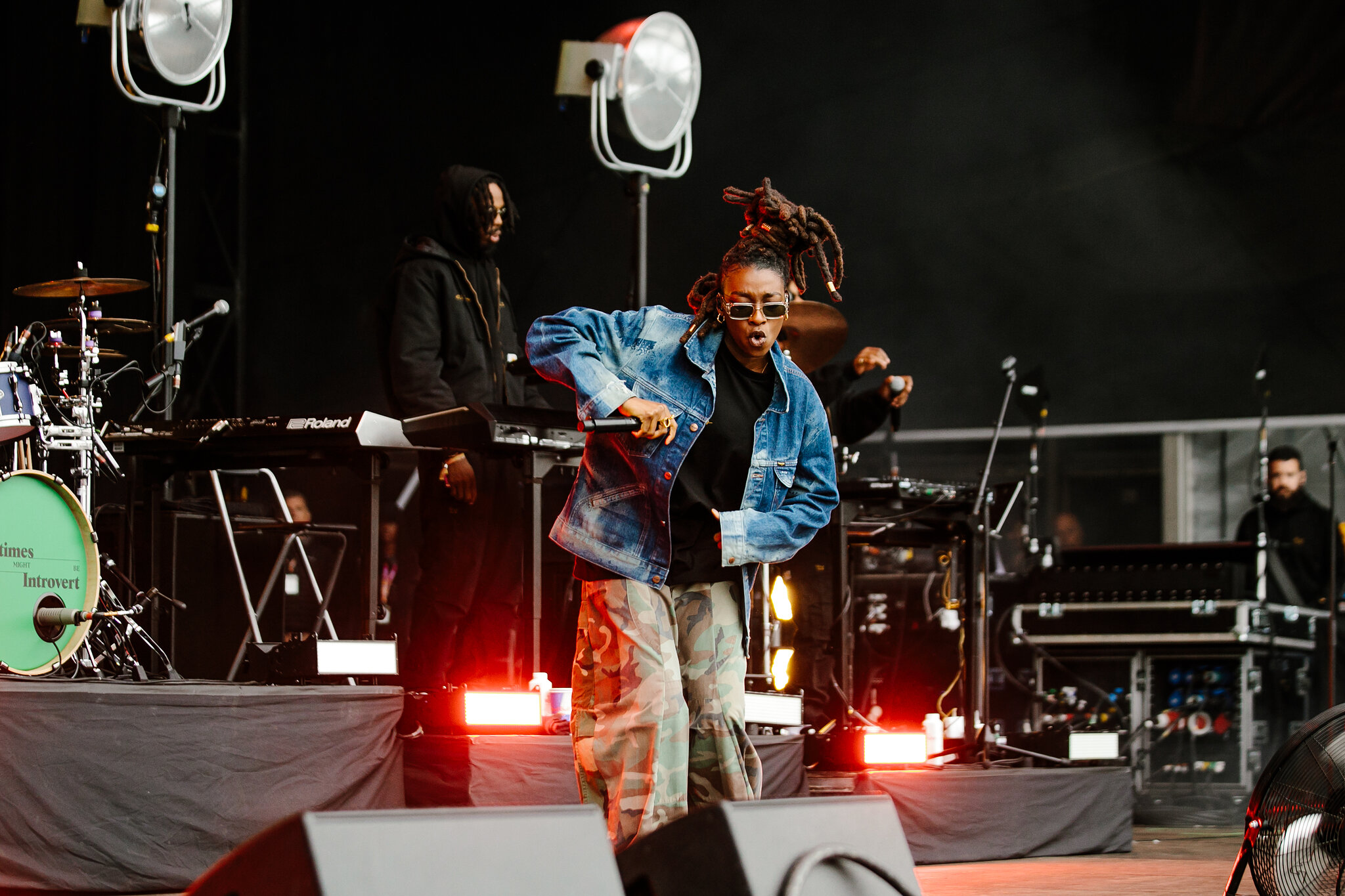 If Celeste and Little Simz were the highlights of the weekend, Bicep was the opposite. In a baffling decision from the organisers, he was scheduled on the Near Future Stage — a venue far too small for an artist whose standout single ‘Glue’ has over 82 million streams on Spotify. Talking of ‘Glue’, it was clear that the majority of the crowd were only there to hear that track, and the rest of the set was a disappointing mess of samey songs that were mixed too quietly for most people to even hear properly. Perhaps, had he played the Valley Stage, Bicep’s set would have been one to remember. Unfortunately, though, it was memorable for all the wrong reasons. 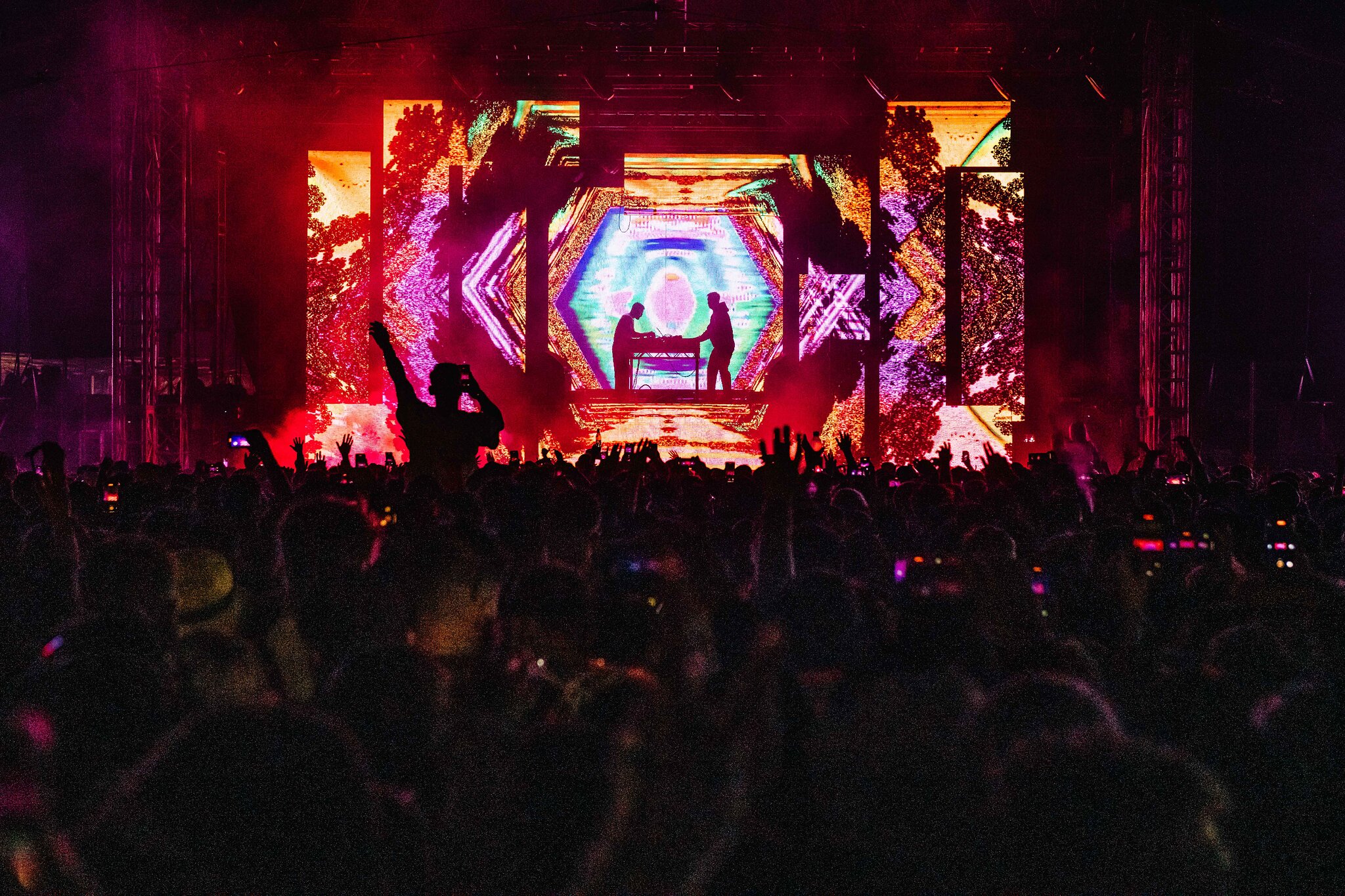 Bicep on Sunday at Parklife 2021. Photo by Joshua Atkins / Fanatic

Disclosure’s set was everything that Bicep’s should have been: well planned, well-executed, and well-received. They played the Valley Stage on Sunday night while Skepta headlined the Parklife Stage, and despite the clash, it was absolutely packed. The duo kicked off with ‘White Noise’ from their debut album Settle, released all the way back in 2013, before playing other classics such as ‘F For You’ and ‘When A Fire Starts To Burn’. Their stage set up was one of the most impressive of the whole weekend, with different backing videos for every song — you could tell that they were highly experienced in the art of grabbing a crowd’s attention. Disclosure ended on their best-known single, ‘Latch’, bringing Parklife 2021 to a close. 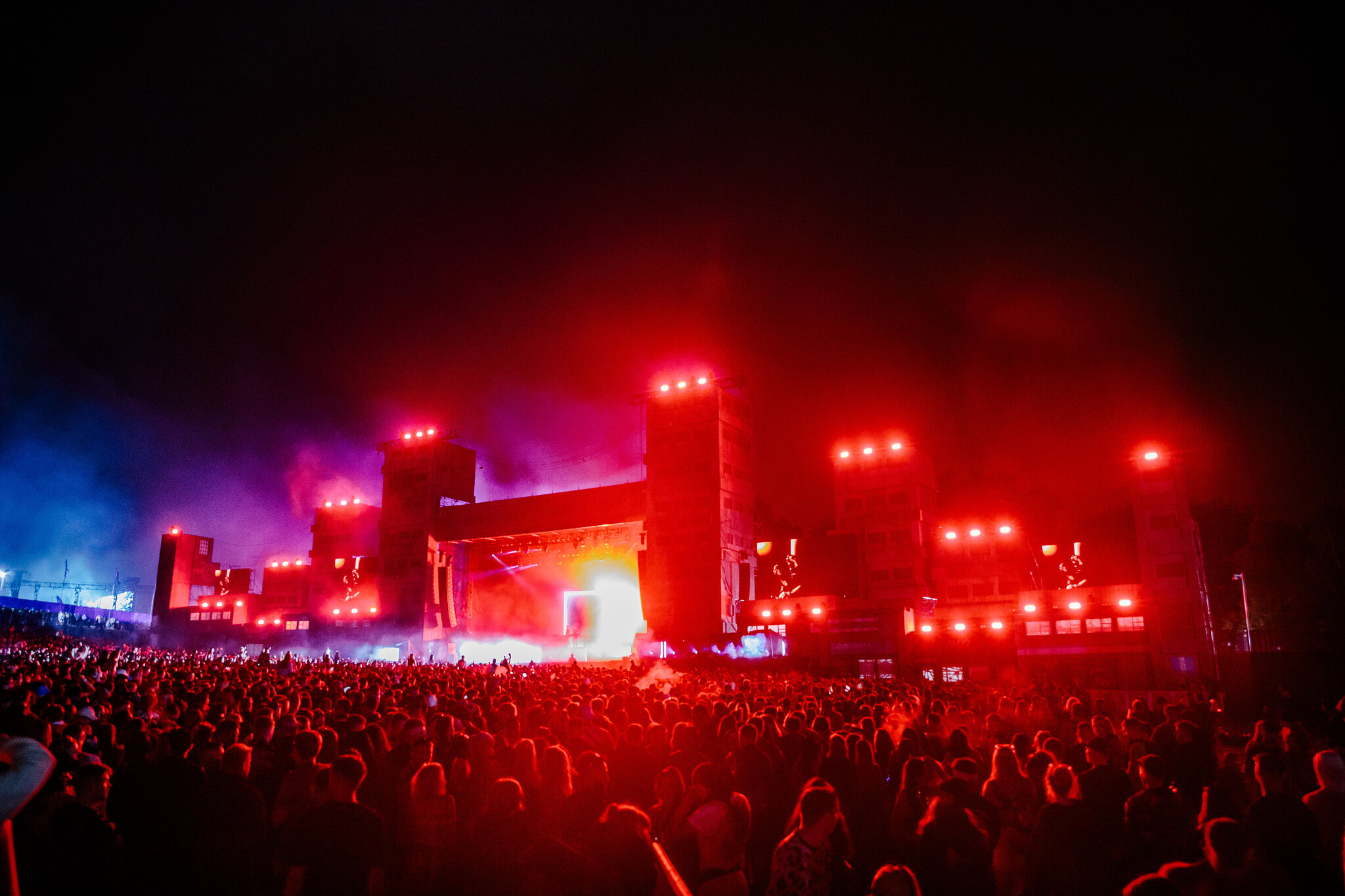 The 80,000 people in attendance poured out of Heaton Park in their dishevelled masses, gearing up to make the trek home one last time. For many, Parklife had been one long chaotic party, a way to say goodbye to summer and welcome in the new uni year. But the festival was not without its flaws: organisational misjudgements, last minute changes to the line-up, and the sheer amount of people crammed into Heaton Park meant that it was, at times, difficult to navigate.