Bluedot Festival have announced today that their 2023 bill will be topped by Pavement (with a UK festival exclusive), Grace Jones and Roisin Murphy.

Festival director Ben Robinson says: “As we announce the line-up for the 6th edition of bluedot, it’s with great pride in the team behind the show. From day one, the festival has been ambitious in its programming and mission. Looking at the scale of iconic talent, breadth of genres & one-off moments it really has matured into a very special event. Thanks to everyone who’s continued to support the idea of bluedot, we look forward to gathering together again beneath the telescope with you all.”

Check out the full lineup poster below and read our review of last year’s bluedot festival here. 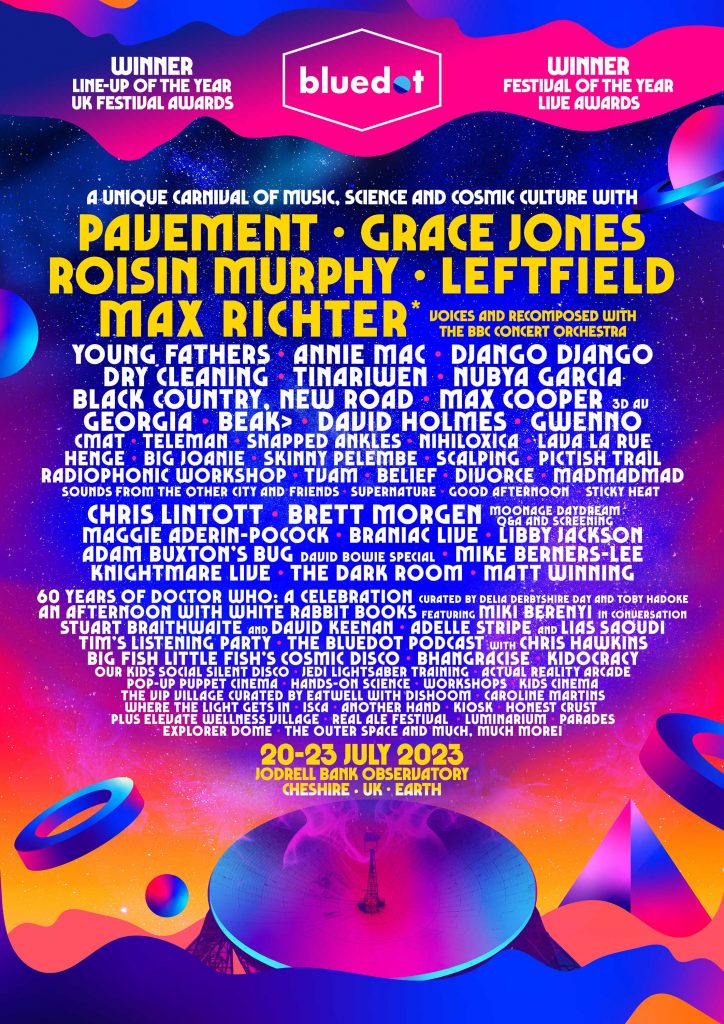