Phil Madeley on His Debut EP and Division

West Midlands born and London based Phil Madeley is able to see both sides of the story. In more ways than one, he is an “Inbetweener”, neither here nor there, standing at the intersection of places, cultures, and politics.

His western-informed music and distinctive vocal style set him apart from other UK artists around right now, while his British-Brazilian roots mean that his view of the world is uniquely nuanced. Phil’s debut EP 21st Century Witch Hunt, sees him explore complex issues close to his heart; from cancel culture and the insincerity of the music industry, to the divisions that persist in society.

The EP features Phil’s previously released singles ’21st Century Witch Hunt’ and ‘Same Skies’, as well as new songs ‘I’m Not Real’ and ‘Lay Across’. “I’m Not Real is essentially about the loneliness and sadness and materialism of being a popstar; the irony of how commodified you have to become to be successful,” Phil tells me. ‘[My previous management] were trying to push me in a direction that I didn’t want to go in and make me something that I wasn’t. I had this idea that so many artists must go through that, where they become a vessel for what they want to write and speak about. It’s just about laying yourself bare for yourself to be commodified.’ He quickly clarifies, ‘It’s ironic really; I haven’t got to that point yet.’

Having grown up in Stourbridge and moved to London as a student, Phil Madeley possesses the sort of self-awareness and sense of perspective that comes from seeing both ends of the British experience. ‘Lay Across is about the hopefulness of youth,’ says Phil, ‘but it’s also ironising that. I came to uni and what I found was that, compared to Birmingham, people – due to their maybe greater fortunes in life – had the ability to be much more positive about the future and much more progressive than anyone I’d met before.’ From his outsider’s point of view, the London scene seemed impossibly optimistic. ‘[Lay Across] was poking fun at the fact that, of course you guys are hopeful about the future. We’re all at university, we’ve all got prospects. There’s a difficulty where, on the other side of that, you’ve got people who are far less excited about the future [because] their expectations of life can’t be met.’

In his own words, Phil’s songwriting often ‘highlights the extremities of a situation’, and in many cases that means commenting on the contradictions and injustices he sees around him. The move to university, he tells me, brought home to him the impact of wealth and privilege on a young person’s outlook and future. ‘I was meeting these people who kind of believed they could do anything. A lot of them came from wealthier backgrounds, private schools; they had read around a lot. I was like, man, these guys have been so nurtured, and they know so much about the world – or seem to – and their creativity has been fuelled.’

In ‘Lay Across’, Phil describes the stark difference in priorities that he has witnessed between young people in London and the Midlands (“I’m dreaming of a better world/ While you’re busy counting pence”).‘The school that I came from, if you did music you were a bit of an outcast,’ he recalls. ‘The north-south divide was so clear. It was like, you guys have had it so good.’ Despite this, Phil stresses that he is acutely aware of his own privilege. ‘That’s not to say I haven’t had it good. I’ve had it far better than a lot of people, and that’s why I ironise myself in [Lay Across].’

He is keen to emphasise that the 4-track release is not a pity party, but a social commentary, and a funny one at that. ‘At the end of the day,’ concludes Phil, ‘the whole thing’s a big fucking joke.’ This seems to be the running theme on the 21st Century Witch Hunt EP: Phil approaches each subject with an amusing combination of both mature pragmaticism and youthful glee.

Nothing illustrates this better than Phil wittily branding himself as a religion and encouraging people to join his church. ‘The Church of the 21st Century Witch Hunt is basically a mock church that is a safe refuge for those who wish to persecute,’ he explains. ‘The idea behind it is that we consider ourselves to have moved on from a time of baseless accusations and to be so progressive, but I feel at times mob culture and cancel culture do reign, regardless of what somebody’s done or whether they are right or wrong. People will always be ostracised or criticised because people hold themselves to such an obscene moral standard.’ 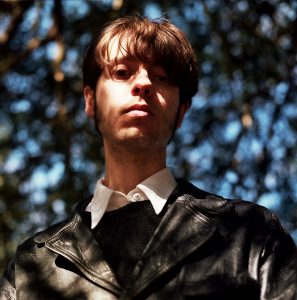 For Phil, the emergence of cancel culture is intrinsically linked to the widening chasm between right and left-wing viewpoints, with right-wing politicians taking advantage of people feeling left behind. ‘Ultimately, [The Church of the 21st Century Witch Hunt] is taking the piss out of people who divide to conquer. I sent letters out to Trump, Bolsonaro and Boris Johnson, inviting them to be honorary members.’

That being said, Phil has mixed feelings towards cancel culture. Once again, he is able to see the issue from both sides. ‘You could say that cancel culture is one thing whereby at least people are attempting to out regressive behaviour and I stand for that,’ he says. ‘If somebody is wrong, then cancel culture is one of the best vehicles to use in order to put out the fire of negativity or divisiveness. But I guess if you turn that around, you realise that can be quite damaging because people who are different can be ostracised.’

As living in London has shown him, the metropolitan middle classes often adapt well to new ideas. But, as Phil points out, it is those in “Middle England” or the southern states of America who struggle most with left-wing politics. ‘I do tend to write mocking conservatism and people who are opposed to change,’ he observes. ‘I think Boris, Trump and Bolsonaro represent this fear of progressiveness – whether that be because you come from a background where you don’t have time for change, you only have time for making the best with what you have and you feel that these [politicians] are best inclined to preserve that. People feel lost and these people make them feel like they’re found again.’

Listening to Phil speak, it is clear he believes unity is the way forward. His music sends out the message that it is vital to work with, not against, each other in order to make progress. He reminds you that the world is not a homogenous place and that people have their reasons for voting in leaders like Trump. 21st Century Witch Hunt is a gritty and cynical collection of songs; a refreshing take on today’s complicated mess of opinions, intolerance and finger-pointing.

Keeping one foot in the camp of raucous punk-rock, whilst amplifying great...

"We're Not Selling out... There's Nothing to Sell" Yard Act on Becoming the UK's Most Talked-About Debutants

It’s a seemingly ever decreasing occurrence that tectonic plates shift into place...