It’s finally happened. 2017 is over, and 2018 has swooped in to steal the show. As the collective Christmas/New Years hangover finally fades away, and the prospect of having to return to work sinks in, we take a final look at the albums that made 2017 one of the best years in music for a long time.

The top tens were a hard one. With so many deserving albums that could have filled any of the spots, it took us weeks of internal debating, re-ordering and writing to finally come up with a list. Yet here we are, with our album of the year crowned, and our runners-up settled we hope you’ve enjoyed this odyssey as much as we have (or if you missed it, you can find the first two parts of our Albums of The Year here and here). 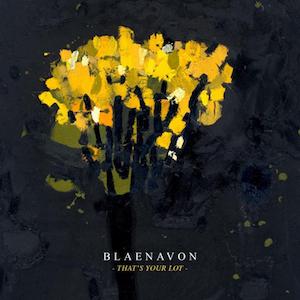 Many disregarded the Hampshire trio as little more than a hype band when they first garnered attention, fresh out of school in 2013. But after four EPs, Blaenavon finally released their debut record in April this year, and illustrated what can be achieved when acts take their time and allow their output to grow organically, rather than cashing in on early media interest.

At a time when the charts pay more attention to radio-friendly indie-dance tunes, Blaenavon held their nerve to create an expansive, whilst simultaneously intimate album, which sees vocalist Ben Gregory chasing his own rasping vocals over the vast mountains of the 7 minute long track ‘Swans’ and through the shallow, delicate valleys of ‘Let Me See What Happens Next’. – Matt Ganfield 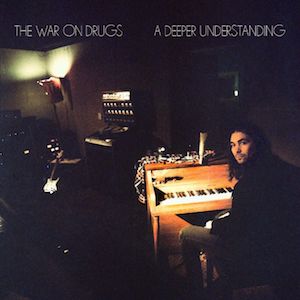 9  A Deeper Understanding // War On Drugs

The Kurt Vile-founded, Adam Granduciel-fronted outfit released their fourth LP in August, to an onslaught of critical acclaim and an immediate pencilling-in on this list. The War On Drugs have crafted a record characterised by its frontman/producer’s exquisite attention to detail in its production, with each song adding up to more than the sum of their parts. While ’80s influences are obvious in the twinkling, dancing synths permeating the top layer of each track, and Granduciel’s unavoidably Dylan-esque croon, the album exists almost in conflict with itself. The synths play off against crunchy, fuzzed electric guitars, while acoustics thrum in the depths, and drums chug perpetually, providing a driving force to each track as layer after layer is dripped in.

The result is an album filled with impetus and driving sonic narratives, which feels simultaneously powerful and moving, and dream-like due to the conjured stories of its lyricist. It’s a world to get lost in, and a journey that won’t disappoint. – Ben Kitto 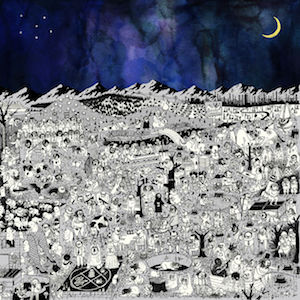 Written while Trump’s presidency still seemed like a limp joke, Father John Misty’s Pure Comedy took an uncomfortable turn when contextualised in the current state of the world. But, while horrifying to the rest of us, the plot twist may even benefit those sardonically twisted lines of the artist, and the modernist narrative in which Father John Misty shines. The decline of civilisation and subsequent focus on the inner workings of the human consciousness sear through the timeless sonics of the record, and Pure Comedy emerges as the harshest critic of late-era capitalism and rampaging consumerism that entertainment culture today encourages. As Father John himself says, there’s a difference between art and entertainment – something Pure Comedy knows all too well. – Aurora Henni Krogh 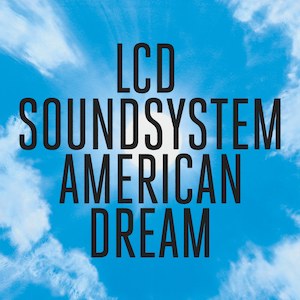 What is there to say about LCD Soundsystem that hasn’t already been said? The group have achieved all that there is to achieve on the world stage; headlining Coachella and selling-out Madison Square Gardens, whilst concurrently sneaking below the radar of traditional mainstream consciousness.

Seven years after the group’s farewell concert, middle age, fatherhood and an articulated disappointed of the world around him have forced one of our time’s most honest songwriters, James Murphy, out of retirement with some unfinished business. American Dream is an album that documents the death of its very namesake at a time when the public needed LCD Soundsystem more than ever before. – Matt Ganfield 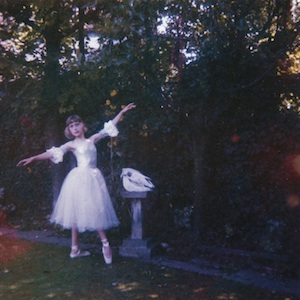 Visions Of A Life opens up a new sonic world for the North London quartet. Still refusing to settle for a genre, Wolf Alice play with bigger extremes, going through emotional depth with the delicate ‘Don’t Delete The Kisses’, as well as ferocious rage in the maniacal ‘Yuk Foo’. With swooning melodies, gripping lyrics and grinding bass lines, the album is a haunting concoction of escapism and romanticism.

Visions Of A life is a short story collection to get lost and tangled in, feeling the sometimes-tender-sometimes-not touch of emotion seeping through every element of the meticulously crafted record. – Aurora Henni Krogh

Purchase Visions Of  A Life here, or read our full review over here. 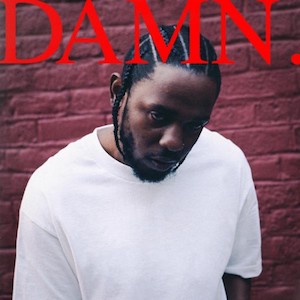 Perhaps the most conceptual and introverted of his releases, and still Damn. stands monolithic within Kendrick Lamar’s catalogue.

Whereas his previous works take sharp glances at the world, Damn. redirects the focus, and in doing so gives a far broader insight into his mindset, and how it’s influenced by his surroundings. The strong production gives the album multiple dimensions. Though, like most of his work, Damn. is strongly driven by Lamar’s sharp lyricism, the grounding in the music and production mounts the record to new highs.

Having picked up a reputation for thought-provoking acts and lyrics that pierce through the flaws of our system, Lamar still stands as “the good guy”. The post-modern stream of consciousness, combined with Lamar’s incredible flair for punchy lines makes for a much grander stand than even the considerable hype could predict.

Though he dares to be more self-involved, Lamar still casts a piercing look through the core of our workings, both as a society and as beings. It is through this act that he truly elevates, making Damn. one of the most intricate releases of the year. – Aurora Henni Krogh 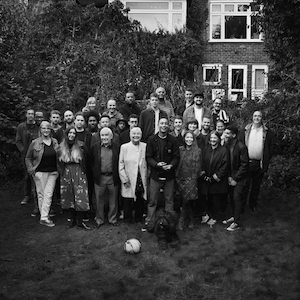 The past two years have seen the meteoric rise of Loyle Carner. A refreshingly heartwarming, utterly brilliant figure, Carner’s debut was one of our most anticipated albums going into 2017, and it’s safe to say it did not disappoint.

From old tracks such as ‘NO CD’ and its garage-chic bassline, to previously unheard tracks such as ‘Sun Of Jean’ – whose collaborations on Spotify read ‘Mum, Dad’ – the album is an intimate look into Carner’s family. Dedicating songs to the sister he never had, and to his late stepfather, who he hoped to one day tour the world with, Yesterday’s Gone is an overwhelmingly positive album, that’ll tug at your heartstrings. One that was much needed in 2017. – Patrick Gunning 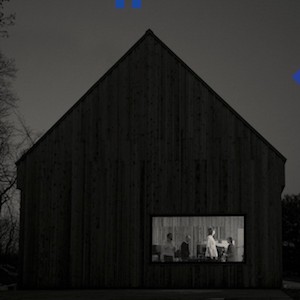 The National are one of a very special breed of band whose catalogue of work has gotten more and more imperious as time has gone on. While today’s industry is filled with run of the mill romantic sentiments and cookie-cutter guitar licks, The National have increasingly offered us something different over the years, and with the release Sleep Well Beast, turned what was already a league of one into an even more exclusive and enviable club.

Sleep Well Beast served to cement The National’s place as the undisputed kings of the alternative. The stories crafted by frontman Matt Berninger’s lyricism on tracks like ‘Nobody Else Will Be There’ and ‘Sleep Well Beast’ manage to conjure emotion of the most profound sort out the real-world situations their characters find themselves in. These hit harder and deeper than would be possible coming from almost any other band. And Berninger’s lyrics on Sleep Well Beast are not merely meaningless emotional cannon-fodder – ‘Guilty Party’ tackles the very real issue of the prospect of his marriage to co-writer Carin Besser failing in a sort of hypothetical counselling session.

While their trademark emotional nuance remains present, Sleep Well Beast was also The National’s most experimental album to date. Aaron Dessner’s inaugural guitar solo on ‘The System Only Dreams In Total Darkness’ and the primal ferocity of ‘Turtleneck’ succeed in making sure the album doesn’t just maintain the band’s brilliant standard (an achievement in itself), but breaks new ground, sees them exploring new territories, and affirming them as one of the truly untouchable greats of modern music. – Ben Kitto 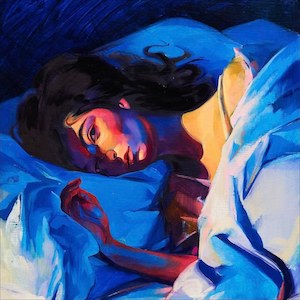 I’m often frustrated with art – particularly with how the act of processing and understanding life through its creation can feel so superfluous. In these moments of conflict, I often turn to Lorde’s Melodrama, not only because it’s a masterpiece in its own right, but because it’s such a palpable creative transformation.

Leaving the spacious loneliness of Pure Heroine behind, her specific sonic universe has been flushed out, the minimalism being coloured in by grand emotions, sleek hooks, and glossy pop moments. The lyrics drip with sentiment. It’s a story in which love and heartache are just as prominent as the need to be around people, the thrill of seduction, the fear of loneliness, and  moments of deep reflection. Lorde captures the insecurity of facing up to the questions you didn’t know you needed to ask yourself. All framed in the glorious kaleidoscopic production, it’s a record that manifests the fearful thought that maybe you won’t necessarily grow wiser, and that screwing up might just be part of the process.

Writing about Melodrama will always feel borderline shallow, in the same way an attempt to describe the inside of someone else’s brain will never be more than an empty framework. The lyrical magic and sardonic savvy will inherently emphasise her natural cool. However, on Melodrama she stretches even further, managing the unthinkable – to make a sophomore that might shine even brighter than her debut. – Aurora Henni Krogh 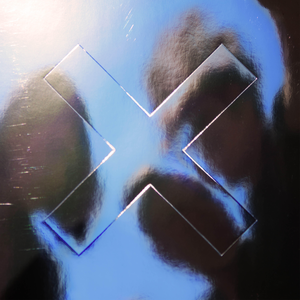 If 2016 was the year of realisations, 2017 was the year of emotion – more specifically, facing up to them. Though this, of course, manifested itself throughout the many vivid headlines of the year, there is no more eloquent, endearing, ballsy, and at times heart-shattering, capture of this than The xx’s offering, I See You.

From the opening horns, it’s clear that the trio has set out to conquer. Shattering the pristine illusion they’ve held onto, they flourish with a newfound confidence, and in the process bare a whole new lyrical dimension that at times feels just as intimate as it is intimidating.

Looking back, The xx have been the iced surface of a river, a smooth, minimalist exterior with an unfathomable depth searing under the surface. Finally breaking through, they thrive. Letting their emotive aspect sweep through the sound rather than stand as its own asset, The xx have made a record that sonically as well as lyrically will haunt you hours after the last beat has faded out.

I See You challenges its listeners to confront their own self in order to grasp the over-arching emotional connectivity of the album, and, in doing so they not only face up to themselves, but gain a wider creative stand, in which I See You colours in the spaces the trio before have shied away from.

It’s often criticised when a band steps out of their established framework, but The xx have demonstrated the fruitfulness in the act. Augmenting their idiosyncrasy with a whirlwind of fresh elements, the trio finally embrace their true capability – which is why I See You is inevitably the best album of 2017. – Aurora Henni Krogh

Purchase I See You here, or read our full review here.