Picture all of the joy that you experience during festival season; big-name headliners with confetti cannons, forming weekend-long friendships with all walks of life and the little-known acts that steal the show. Now imagine – if you can – all of these sensations without the flooded tent, trench foot and rainproof poncho flapping in the wind.

This dream is far more obtainable than you may realise, with many European festivals offering more bang for your buck than their British counterparts and every punter’s dream headliner; sunshine*.

With Glastonbury having a fallow year, now is as good a time as any to jump ship to an overseas festival, so grab your flip-flops, sun cream and tents and catch your favourite acts: continental style. 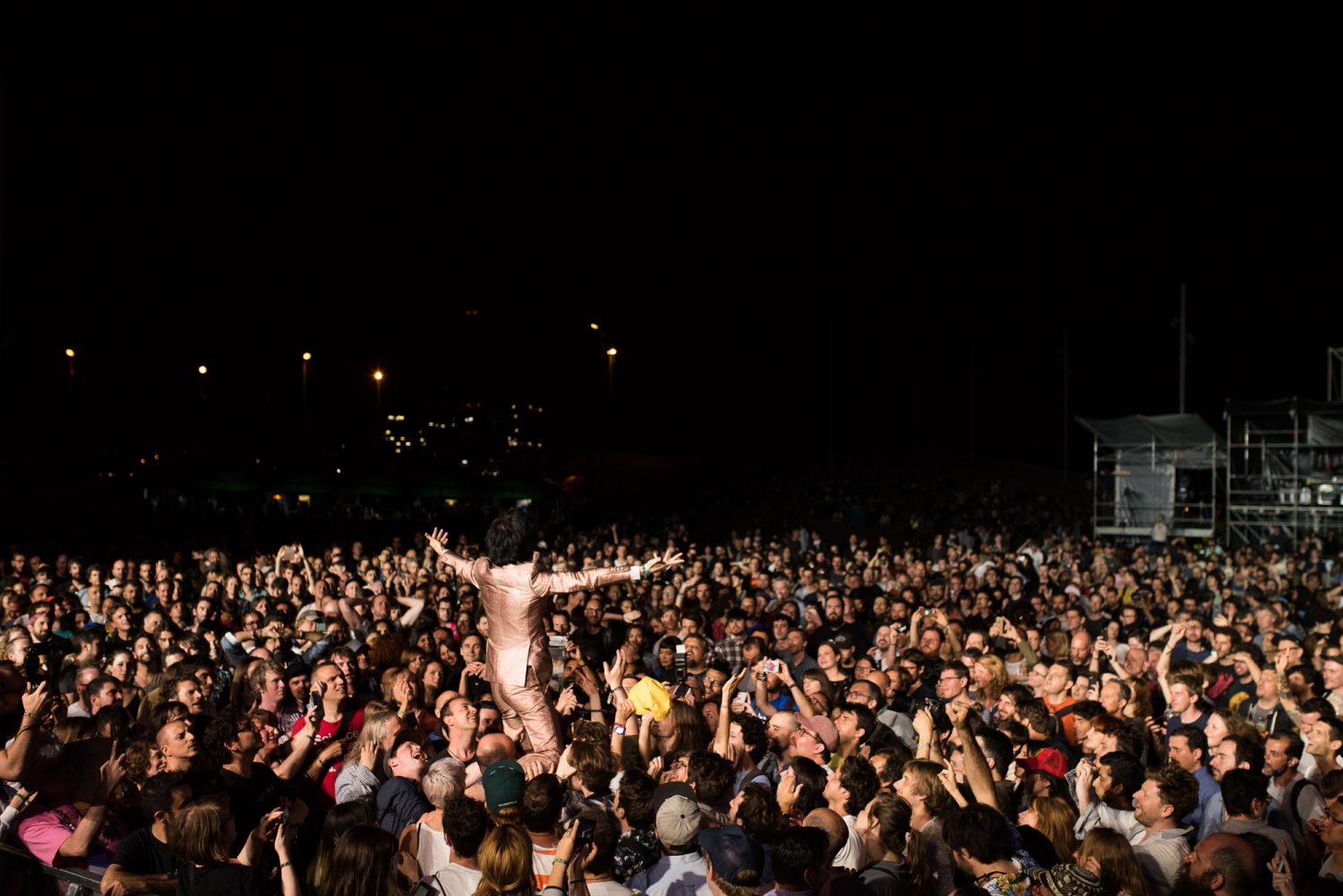 An undisputed titan of the European festival scene, Barcelona’s Primavera Sound needs little introduction. Famed for cherry-picking the best musical selections on offer – rather than overwhelming its 200,000+ visitors – Primavera’s 20 stages play host to over 250 artists, in and around a site that stretches over 187,000 m².

With a lineup that never disappoints this year’s edition is no different, hosting the likes of Arctic Monkeys, Björk and The National being joined in sunny Catalonia by the likes of Lorde, Haim, Fever Ray, CHVRCHES, Beach House, Warpaint, Lykke Li Deerhunter, Father John Misty, Belle and Sebastian, Ariel Pink, The Breeders, Spiritualized, Ty Segall and The Freedom Band, Unknown Mortal Orchestra, Panda Bear, Vince Staples, Tyler, The Creator…You get the picture – it’s a good ‘un! 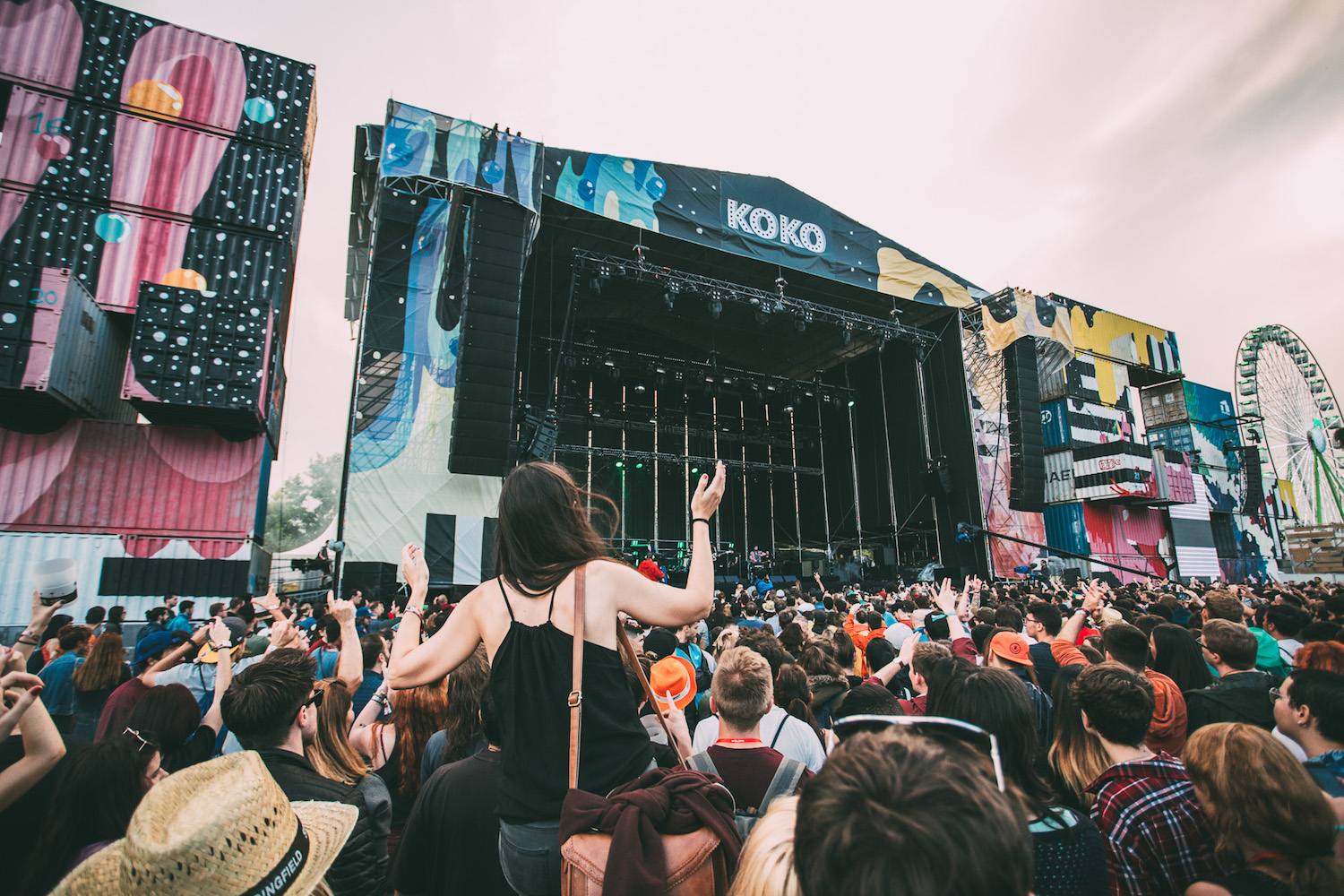 Mad Cool Festival takes place in the Espacio Mad Cool, Valdebebas-Iferma, Madrid on July 12th, 13th and 14th. Bringing one of the biggest lineups in Europe this summer it’s no surprise three day passes for the festival have already sold out! With single day tickets quickly dwindling this may be one of the last chances to pick up tickets for the Spanish three-dayer. For more info, tickets and everything else visit madcoolfestival.es. 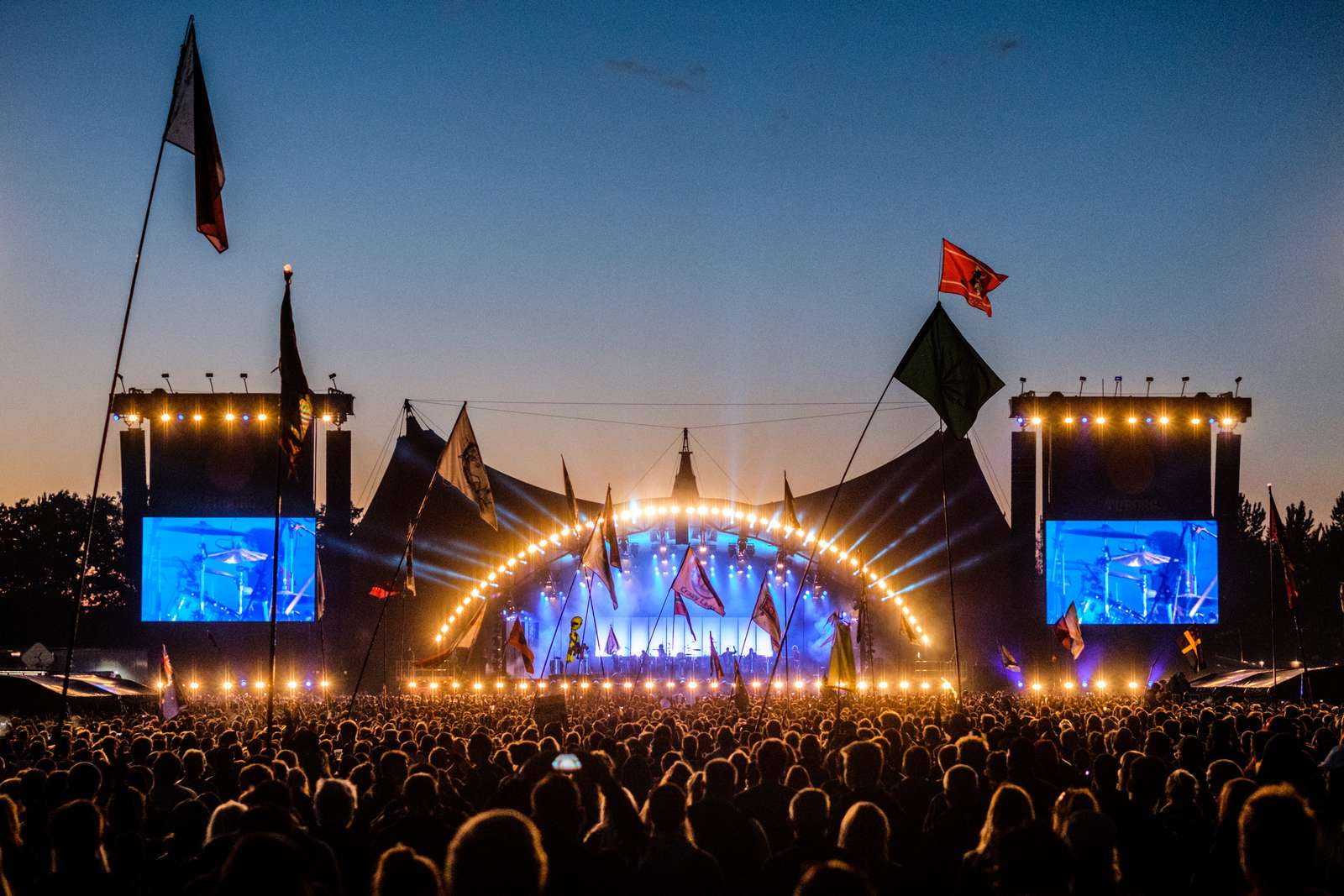 This historical city in Denmark has become the nation’s mecca to contemporary music in recent years, with the week-long festival confirming Bruno Mars, Eminem & Gorillaz earlier this year.

This year’s Roskilde Festival takes place from 30th June to 7th July on the outskirts of the Danish capital, Copenhagen. Spanning over eight days the non-profit festival sees some of the biggest and best artists around descend onto Denmark. 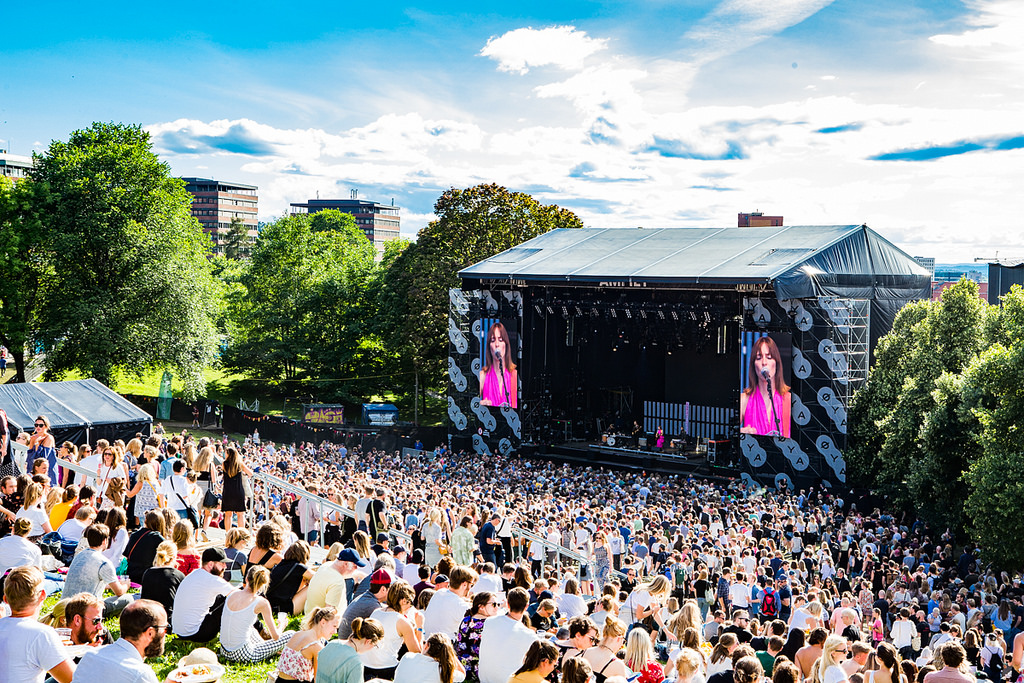 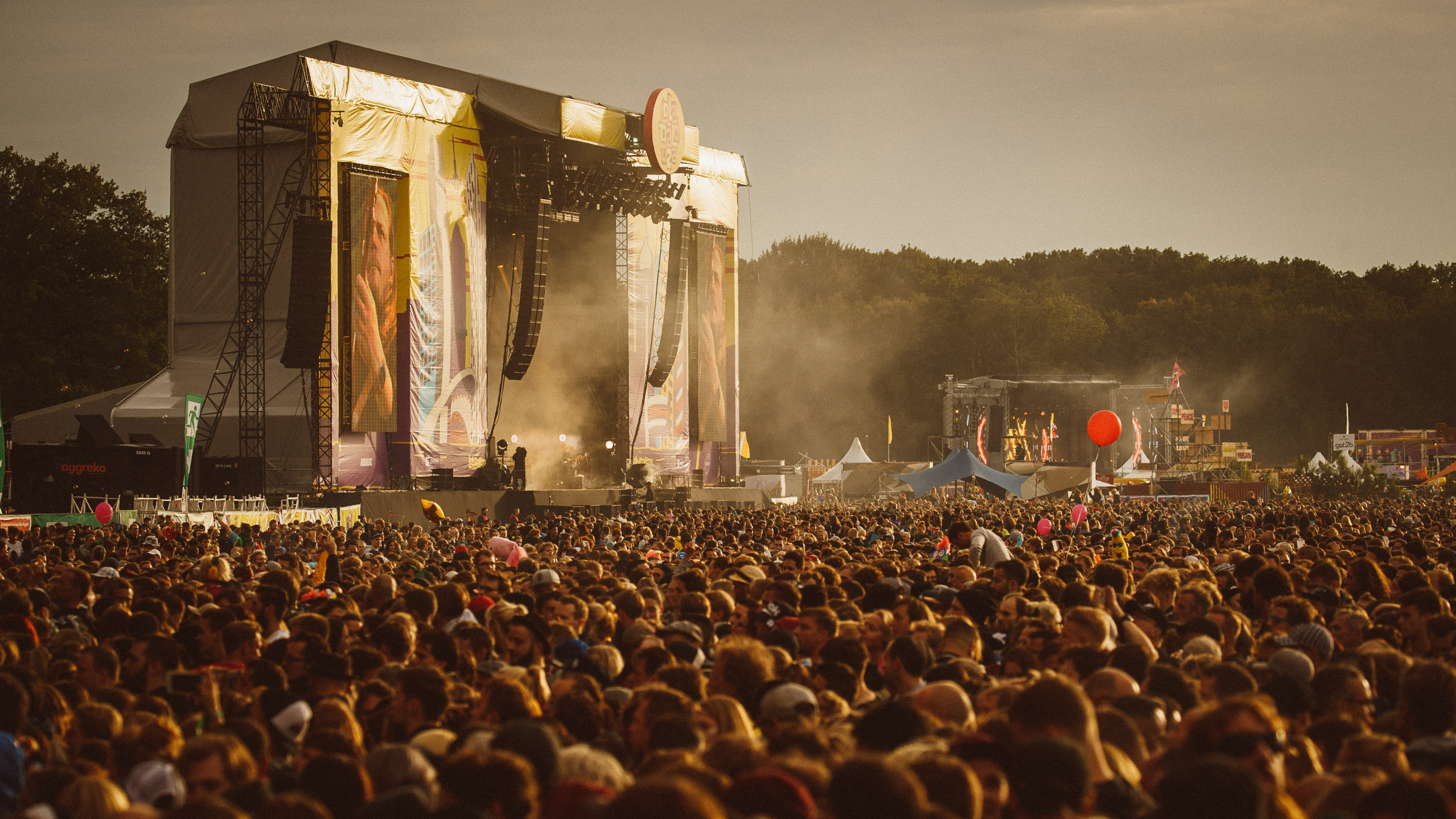 Taking place in Berlin’s Olympiastadion and Olympiapark Lollapalooza Berlin is once again set to descend on the German capital this summer as it celebrates its fourth year.

If you thought Lolla Berlin couldn’t muster a bigger lineup than it has in the last three years, well quite simply you were wrong. Topping the bill this year are The Weeknd and legendary Germans Kraftwerk 3D who are set to bring two incredible headline sets to the festival. They’re accompanied by a huge supporting lineup which features: Dua Lipa, The National, David Guetta, Casper, Imagine Dragons, Liam Gallagher, Years & Years, Wolf Alice, The Wombats and many more. 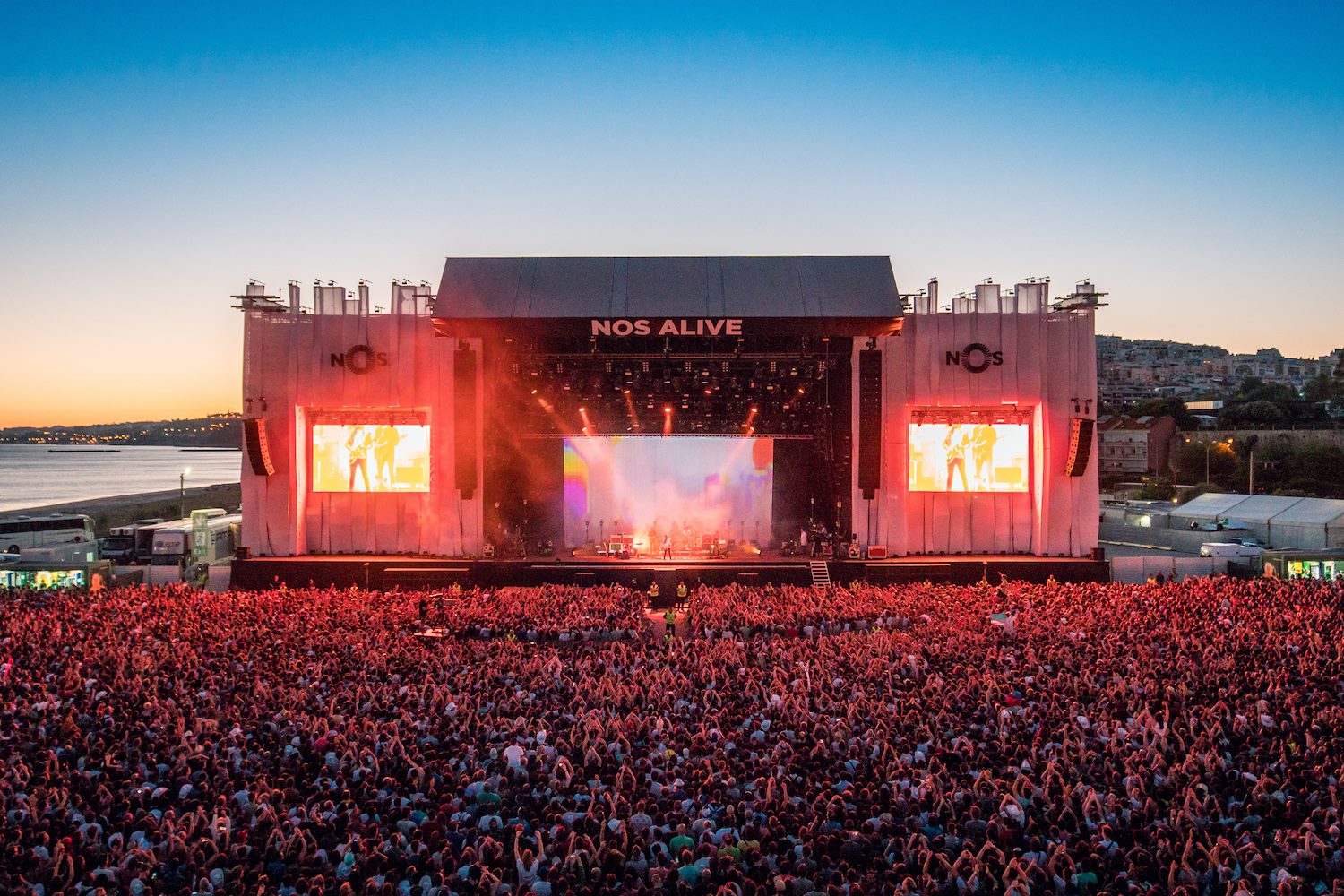 NOS Alive has been one of Europe’s leading festivals for a number of years now. Having set up shop in 2007, near Lisbon’s downtown district and 15 minutes from the beach, their very first lineup included the likes of Pearl Jam and The White Stripes.

Raising the bar for festivals everywhere NOS Alive has once again managed to put together one of the finest lineups in Europe. Taking the headline spots at this year’s edition are Arctic Monkeys, Pearl Jam and Queens Of The Stone Age. They are accompanied by a massive lineup which sees Jack White, Franz Ferdinand, CHVRCHES, The National, Two Door Cinema Club, Nine Inch Nails, Wolf Alic, Khalid, Jain, The Kooks and more descend onto Lisbon.

Find out what else NOS Alive has to offer using our Festival Profile. 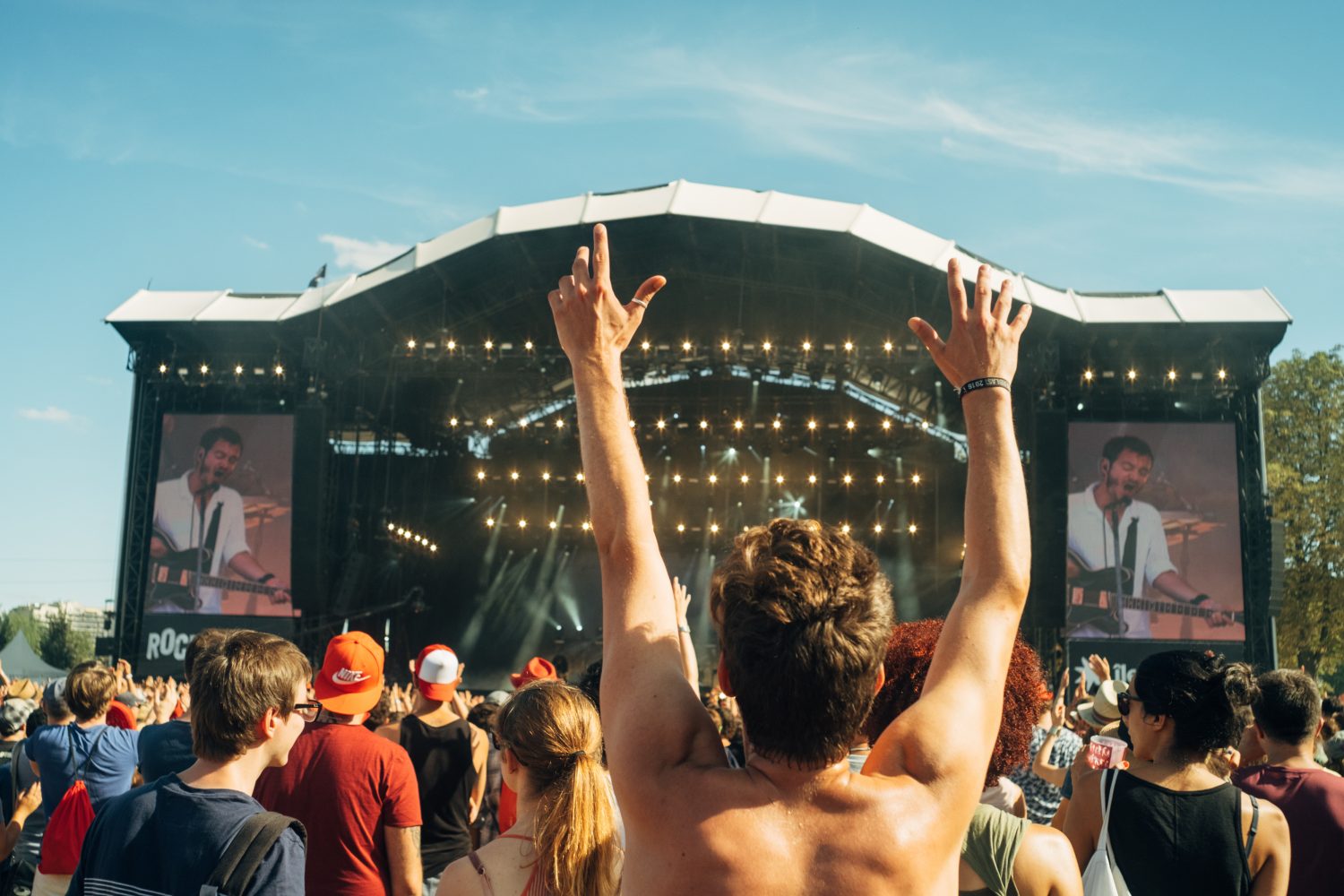 Having brought an incredible lineup to 2017’s Rock En Seine, the Parisian festival is back- bigger and better than ever before.
Announcing its first names for 2018 the French three dayer has unveiled Justice, Macklemore, PNL, Post Malone and Thirty Seconds To Mars will be leading proceedings at this year’s edition.

They are joined by the likes of Anna Calvi, Idles, King Gizzard & The Lizard Wizard, Stefflon Don, Cigarettes After Sex, alongside many of France’s best musical offerings. And, with trains, ferries & coaches all affordably linking the UK to Paris, this could be the most accessible of all the euro festivals! 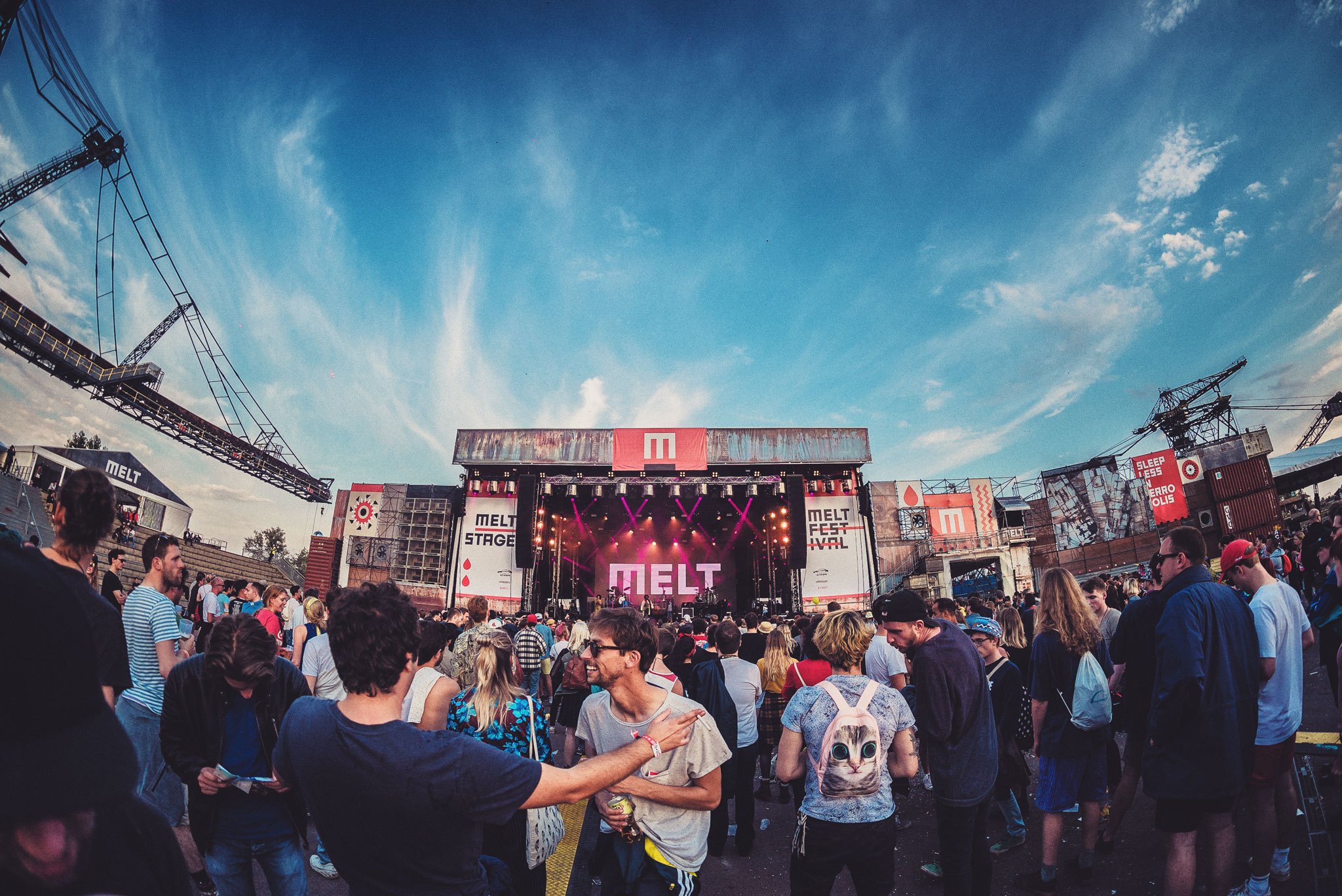 Taking place upon a floating peninsula in a flooded coal mine, Melt Festival must surely be one of Europe’s most picturesque live music events.

This is the only festival in Germany where you can catch the likes of The XX, Florence & The Machine, and Fever Ray, who join the likes of Tyler, The Creator, Mount Kimbie and Little Dragon in Gräfenhainichen!

The event is held just 45 minutes away from the creative hub of Leipzig, which offers a perfect stopover before the journey back home.

Europe’s largest festival have recently confirmed Lana Del Rey as the final headliner in an already stellar lineup; packed with some of the biggest names around, including Arctic Monkeys, Dua Lipa, Gorillaz, Kendrick Lamar, Kygo and Mumford & Sons.

Hosted on its own island in the centre of Budapest, Sziget Festival sees hundreds of thousands of punters descend onto its shores over the massive seven days of music. With thousands of artists playing across hundreds of stages, Sziget is quite truly the Glastonbury of Eastern Europe.

Find out more about Sziget with our Festival Profile. 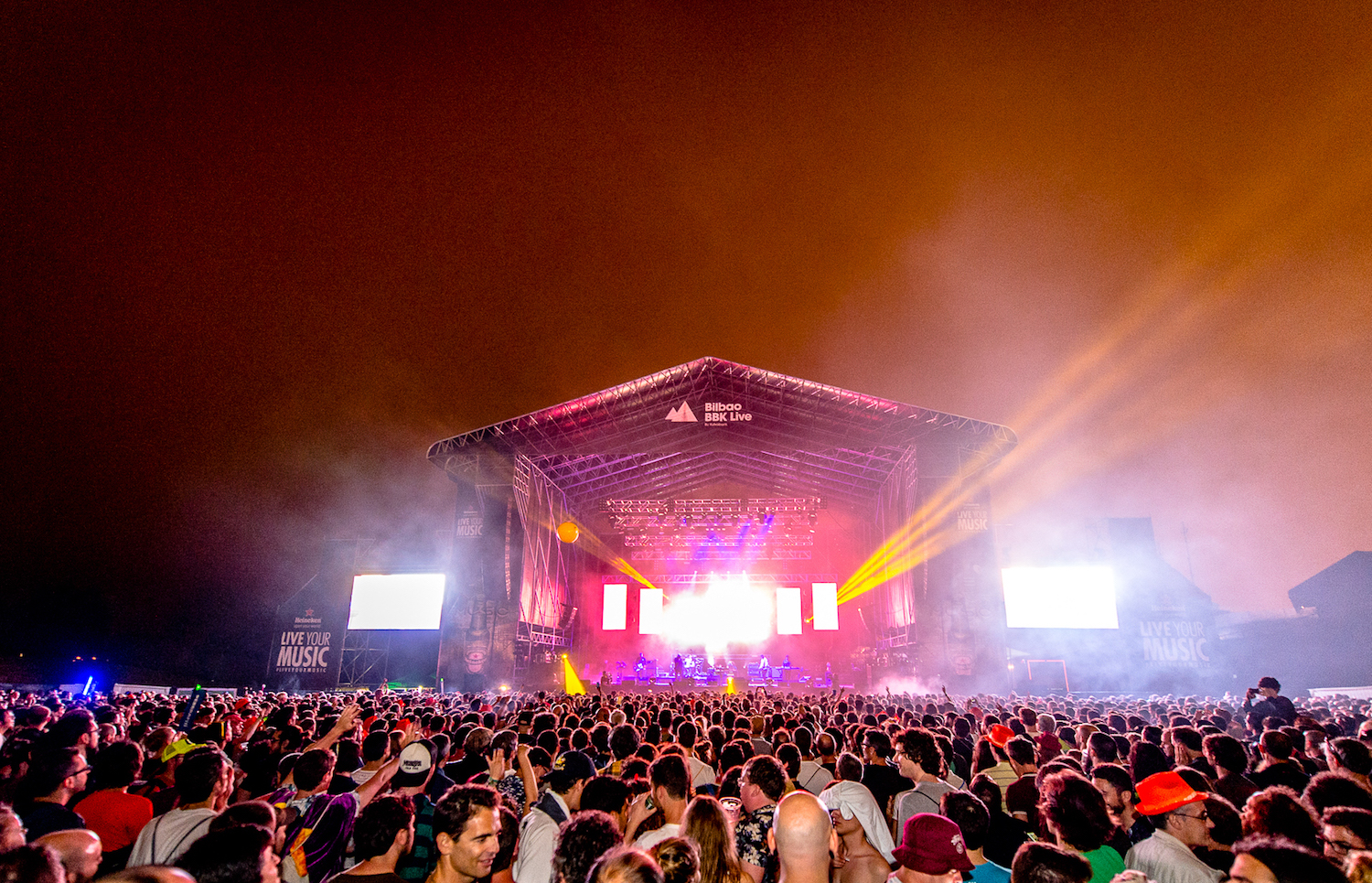 Headlining this year’s edition is an incredible trio of London acts: Florence + The Machine, Gorillaz and The XX, who head a mouthwatering lineup, including Childish Gambino, Alt-J Bomba Estereo, Cigarettes After Sex, The Chemical Brothers, Friendly Fires, Jungle, Noel Gallagher, Yonaka and countless other acts.

Find out more about what BBK Live has to offer with our Festival Profile.