Simple Pleasures and Growing up with Matt Maltese

South London artist Matt Maltese describes his music as a beacon of anti-loneliness. Made with the intention to remind people that they are never alone in their struggles, he hopes his listeners find solace and relatability in his own stories.

Ahead of his appearance for Annie Mac Presents at The Shacklewell Arms tomorrow (March 5th), Maltese talks about the evolution of his sound, his ambitions for the future and the privilege of creative expression he’s been given as a musician.

Speaking of his current sound, which he describes as “simultaneously light and dark”, he explains; “Early on, my music was more reactionary. But new experiences and perspectives and just growing up in general has seen my music became more affected by the world and maybe a bit funnier. I guess my evolution is to do with becoming more comfortable with who I am as I grew older.”

Growing comfortable and gaining confidence has meant a sonic improvement for Matt, but the stories and lessons drawn from his own life remain the crux of his music. Asked if he’d matured enough to write about the stories of others, he says, “No, it’s mostly my own stories still. I feel most comfortable telling my own stories rather than putting myself in someone else’s shoes – I think that’s a pretty tricky game to play and I don’t do it.”

“I’m mostly inclined to explore [the] details of my life in my music. I strive to put out a dramatisation of my problems, a more refined and sometimes exaggerated version of myself; I’ve never been into characterisation.” 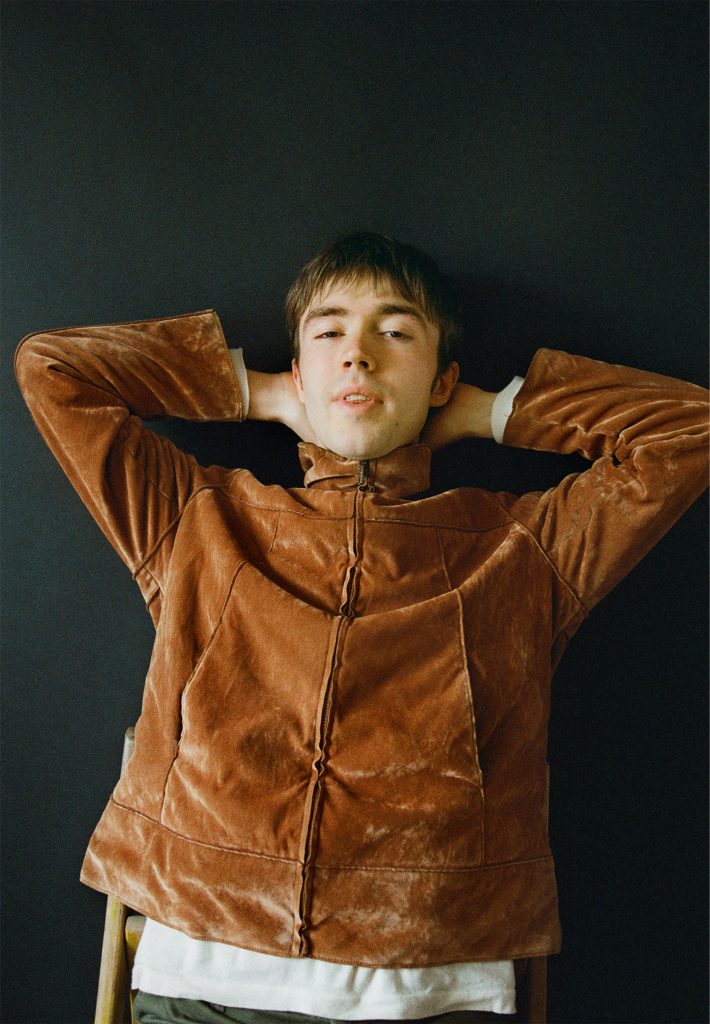 Matt is aware of the privilege that comes with expressing his problems through a musical – or creative – format, and having the chance to make a living of it is not to be taken lightly. Explaining what he personally considers the best part of making music, he says, “Being able to express myself through music and have that be my job something I don’t take for granted. A lot of the time people don’t have the time to process things so they are forced to bury it and move on.

“But working through my own shit is my job so that’s really great. Other than that I love touring and connecting with people who relate with my work, it reminds it’s not a selfish thing I’m doing.”

At the same time he’s not above admitting the pitfalls of such a vulnerable line of work. He says, “The worst part for me, when making music, is that you tend to create a relationship with your problems where you’re thinking about them too much. This is my own personal outlook towards my problems though so I just take it with the territory and keep moving forward.”

As he speaks, it’s clear that there’s a lot of impressive substance to Matt, both as an artist and as a person. But the most inspiring of Matt’s characteristics is perhaps his ability to work through his own problems while also reminding those around him – his fans – that they are definitely not alone in theirs. And if his love for touring and meeting people is anything to go by, the 22-year-old artist appears to recognise the impact of his music in allowing people to feel just a bit more comfortable with their own hardships.

Matt makes music for himself and for those who want to listen, it’s therefore not entirely surprising that he’s not overly-ambitious. He explains his wishes to tour as much as possible in the span of his career, and his goal to release an EP as well as an album in the near future. But aside from that his bucket list is one of simple pleasures.

He says, “As long as I can play my music and there are people coming to listen, then that’s more than enough. Of course, I’ve been lucky enough to join musicians on tour that I grew up listening to, and would love for that to continue alongside playing big venues. But more than anything all I want is to put out way too much of my music into the world.

‘But there’s no such thing as too much music,’ I tell him – and he agrees. This is especially true if it comes from someone who is as honest and earnest with his words as Matt Maltese.