How Skepta, Frank Zappa, Punk and Politics go together

Another year of political chaos is about to manifest; another year begins that fingers will be pointed at the youth of today for being apathetic towards current affairs. The continuous talent booming from the music scene however, proves otherwise. It’s obvious from the emotional mourning of Bowie and Prince, that young people are genuinely moved. In fact, many millennials honour the political importance of these music idols who acted as beacons of questioning, hope and change when it was needed. It was not only during the 1970s however that music stars highlighted these tensions within society – a period where progressive ideas of sexuality and race became profound.

Six years ago, I watched my hometown of Tottenham in a blaze on the TV, as shops were raided and set alight. This same area has birthed some of the most talented Grime artists of our time. Alike to the Punk movement around 40 years ago, Skepta’s hometown concert at Alexandra Palace this year engaged with many like-minded young people who have felt deeply frustrated by the outcomes of Brexit, police brutality and the US Presidential Election. Perhaps 2016 was also the year that Grime became a more widely-listened to genre of music, and helped political unrest and anarchism remain a part of our collective awareness.

In this sense, anti-establishment music represents anger and peace at the same time – produced by young people and shared by young people. Songs such as Shutdown aren’t trying to offer words of wisdom to the government, but also don’t hide the fearless tone of frustration with the actions of the police and the politicians. In a similar light, Childish Gambino premiered his new TV drama show, Atlanta, earlier this month. Not only has he produced music which has presented the struggle of being a young, Black male – but has now created a visual series which presents the struggle of sustaining a “thug” image as an upcoming rapper. Gambino, Skepta and Stormzy alike have produced alternate connections with today’s political and societal landscape which young people have flocked towards. At a time when MPs were cheering in the House of Commons for Syrian air strikes, many young people could relate to Skepta and Stormzy who publicly denounced them. Here was party politics which the youth, contrary to the beliefs of many, actively wanted to jump into. 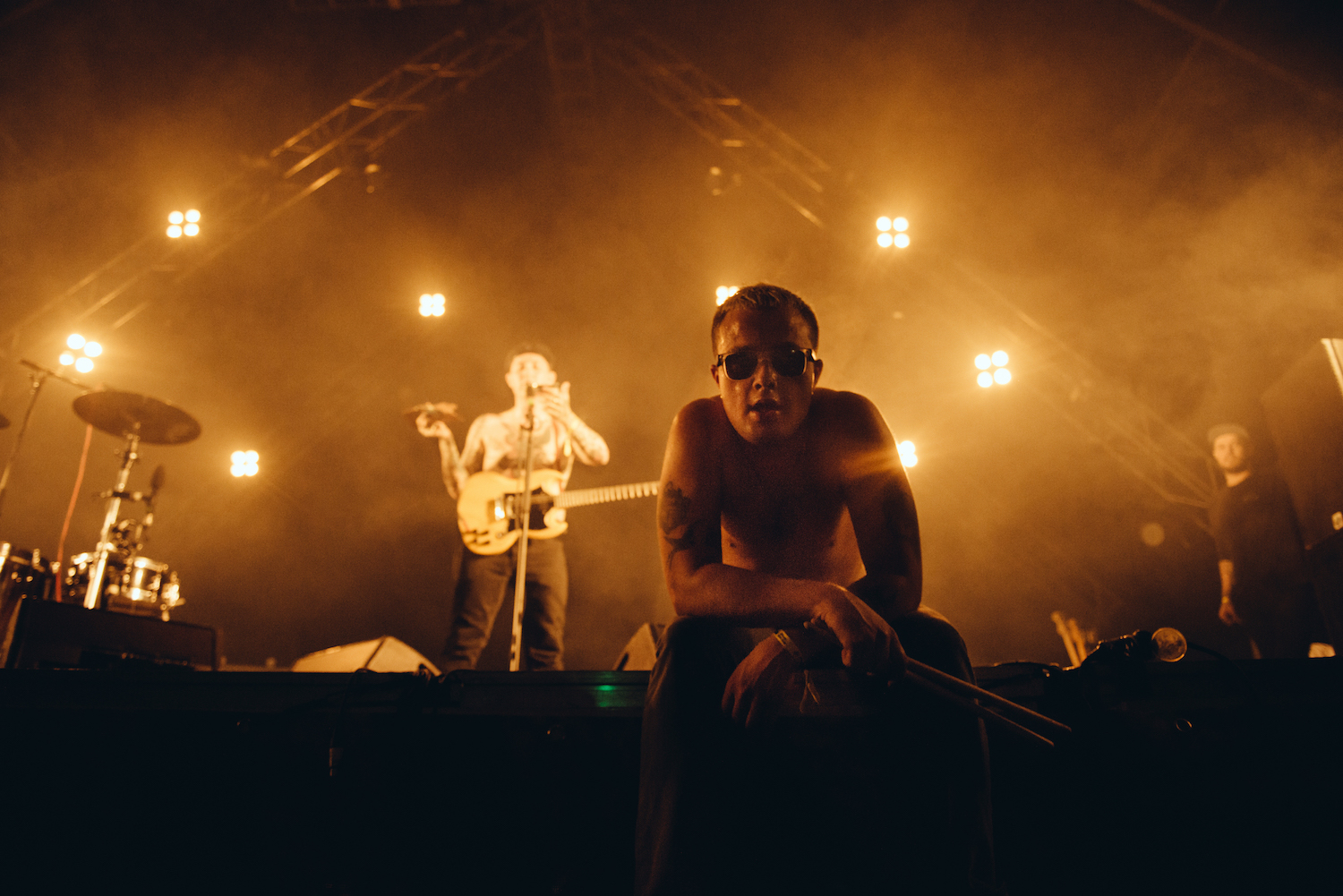 Shifting away from the Grime of the inner-city, bands from more suburban towns have shed light on how poverty has been overlooked in some Southern areas, in order for political figures like Farage to elbow their way to the top. Kent duo Slaves have birthed a hybrid of punk and garage which is high-energy and full of angst. Punk has certainly not died, with traces of its anarchist roots reflecting the current affairs of today. Speaking from a place of personal anger and distrust of the government, each artist is able to unite with the youth in their part of the world – yet also much further.

The UK music scene has been an example of this, with VANT pushing both national and international political issues to the forefront of their music – Frontman and songwriter Mattie Vant himself states, “my concerns are worldwide things. It’s not strictly centred around the UK – it’s wars, global conflict, global warming”. With constant conflicts emerging between East and West, religions and cultures, VANT’s “borderless” music unites individuals in recognising struggle and the need for peace. Especially at a period where Donald Trump has completely rejected the idea of climate change, it’s no wonder that young people find solace in VANT’s lyrics, which offer a wholesome and yet fiery approach to the future. 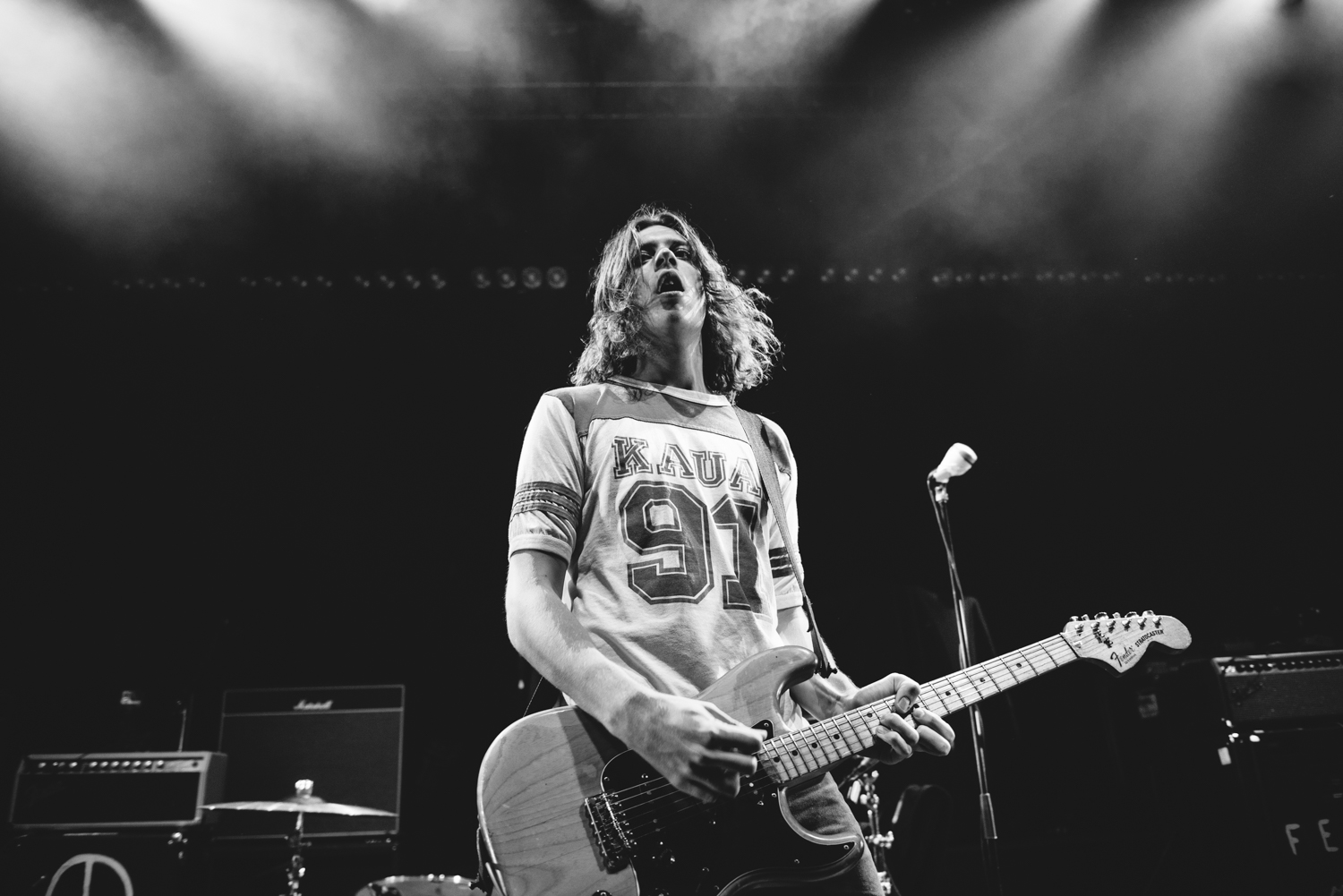 When considering anti-establishment music, our minds usually wander towards anarchy, punk music and distinct neon-haired subcultures who support the left. Rock star Frank Zappa, who openly considered himself a “political Conservative”, still criticised the War on Drugs during the 1970s which would go on to influence his music. Zappa, like most other musicians throughout history, faced the societal limitations of his era – his lyrics containing the word “pad” weren’t aired, as it was believed that they referred to women’s sanitary towels. Whether communist, anarchist or conservative in thought, these music stars embodied external chaos and translated it into iconic music at times when many societal norms were being scrutinised.

Although young people have traditionally not been a fan of the establishment, shifting the blame game onto them for not casting their vote is a misguided endeavour – the apathy which many believe to motivate today’s youth, in most cases, is less substantial than people think. Music consistently provides young people with an enthusiasm for politics which can be hard to come by elsewhere, and it’s essential that each genre and artist is allowed to continue to do so, progressing and producing new work. With the historic social movements, events and chaotic developments we’ve seen in the last year, the prospect of each growing into a catalyst for creativity has only become more intriguing. Yet with governments cutting the funding for many creative courses, young people have been significantly isolated from achieving their goals. This is exactly where the artists and musical movements we already have can demonstrate their importance, however. Its refusal to acknowledge and support the talent of today’s youth is a huge shame, but the government will never kill the tunes that are igniting our youth’s enthusiasm, or the passion that regularly turns a dingy basement into a scene.