This series of gigs in conjunction with the East London venue sees SON Estrella Garcia offering a platform to rising UK artists alongside showcasing the most exciting talent from Spain.

Joining the dots between indie-pop hooks and rough n ready garage-rock, Melenas peppered their set with tracks from their two albums, alongside a surprise cover or two (with their rendition of Grauzone’s ‘Eisbär’ making for a particularly welcome addition). 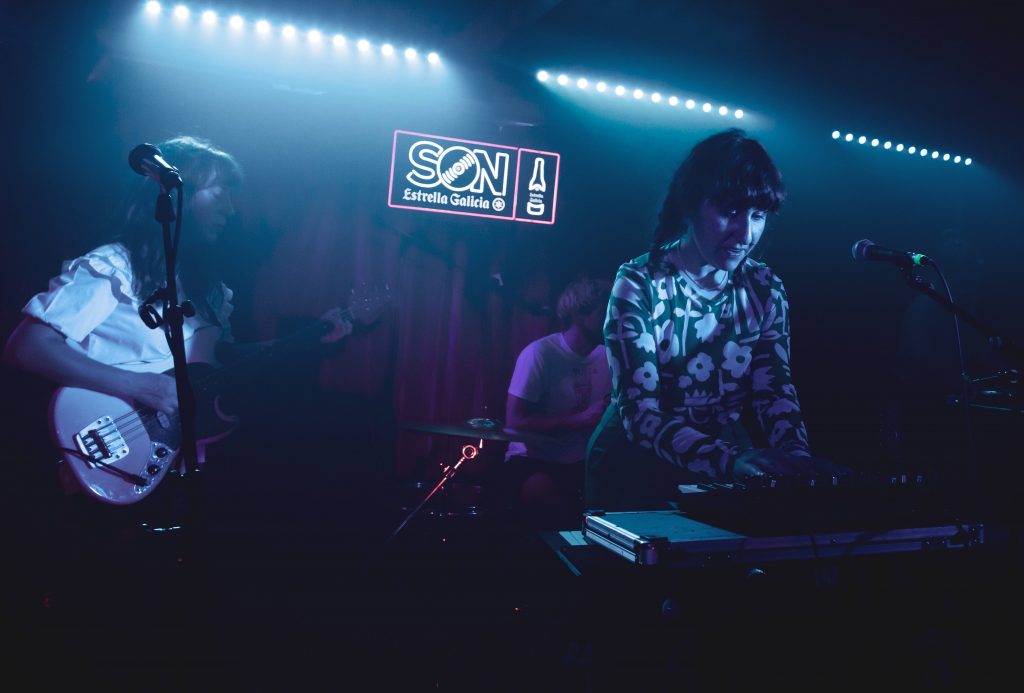 Safe to say that London punk outfit DEADLETTER, who have been straddling an ever-building rumble of hype over the past 18 months, grabbed the headline spot by the horns. On a night off from their support tour with Placebo, the 6-piece delivered each track with a raw, frenzied energy; tearing through songs about excess culture and the government’s penny-pinching Fit For Work scheme.

There’s a conversation to be had about whether DEADLETTER are simply adding more mass to a postpunk scene which has seen popularity, saturation and subsequent implosion in recent years. But there is an undeniably contagious, primal energy to their show.

“Life’s a binge, he says,” frontman Zac Lawrence addresses the crowd knowingly, following the band’s performance of ‘Binge’. ‘…Whilst performing at a concert sponsored by a beer company.’

Elsewhere in the venue-cum-thrift shop, London restaurant Tapas Brindisa were providing tapas to pair with both Estrella Galicia Cerveza Lager and 1906 Reserva Especial, with the brand offering a whole bunch of sustainable initiatives to boot.

It’s refreshing to see a multinational company turning their attention and sponsorship power to the ever in-need world of grassroots music and nurturing new talent. Additionally, bringing top-rate Spanish artistry to England’s capital truly makes for a tiny umbrella on the top. Safe to say that Melenas, DEADLETTER and SON Estrella Garcia all ended the evening with fresh fans.