Dirty Hit Records, home of The 1975, Wolf Alice, and The Japanese House, are sending off their 3 latest signings on a colossal UK tour beginning in March 2017 … and it’s looking to be a riot.

2014 successors Superfood will return revitalised upon joining Dirty Hit to headline the tour. With a new collection of songs to add to their already impressive arsenal including tracks from their debut album Don’t Say That, which is slowly approaching its 3rd birthday, the Dirty Hit tour will be absolutely momentous for the Birmingham four-piece.

Joining Superfood will be King Nun, whose almighty debut single ‘Tulip’, backed with the equally as impressive b-side ‘Speakerface’, is sure to suitably bring the crowd to boiling point and set the Londoners on a positive trajectory. Also on the bill is Pale Waves, hailing from Manchester and harnessing a dream-pop sound to make for an evening of variety and splendour.

With new material inevitable, this Dirty Hit trio will no doubt be raucous as they stretch the lengths of the UK on this celebratory 17 date tour. 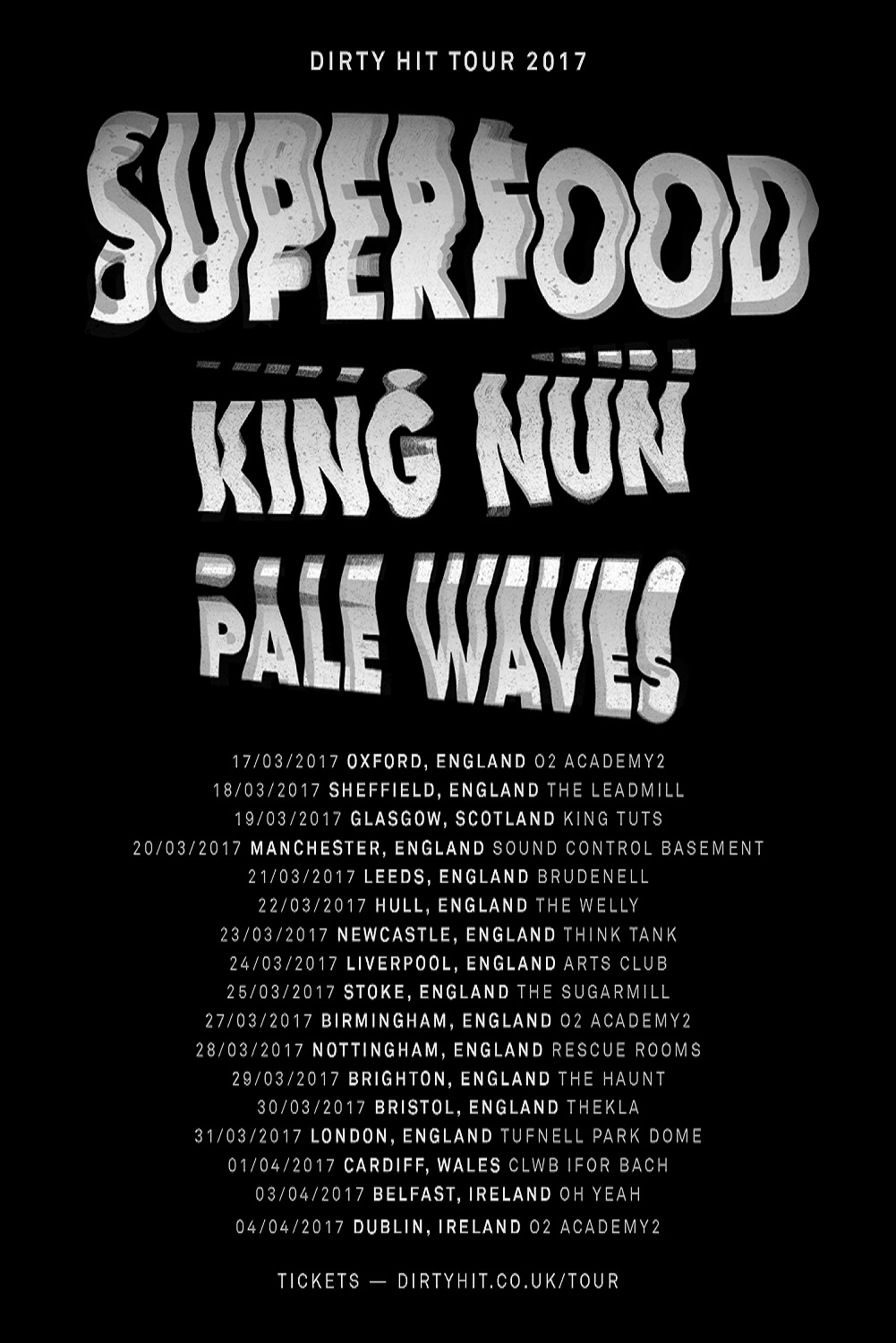 Superfood, King Nun, and Pale Waves can be found on Facebook, and tickets for the Dirty Hit tour are available here.